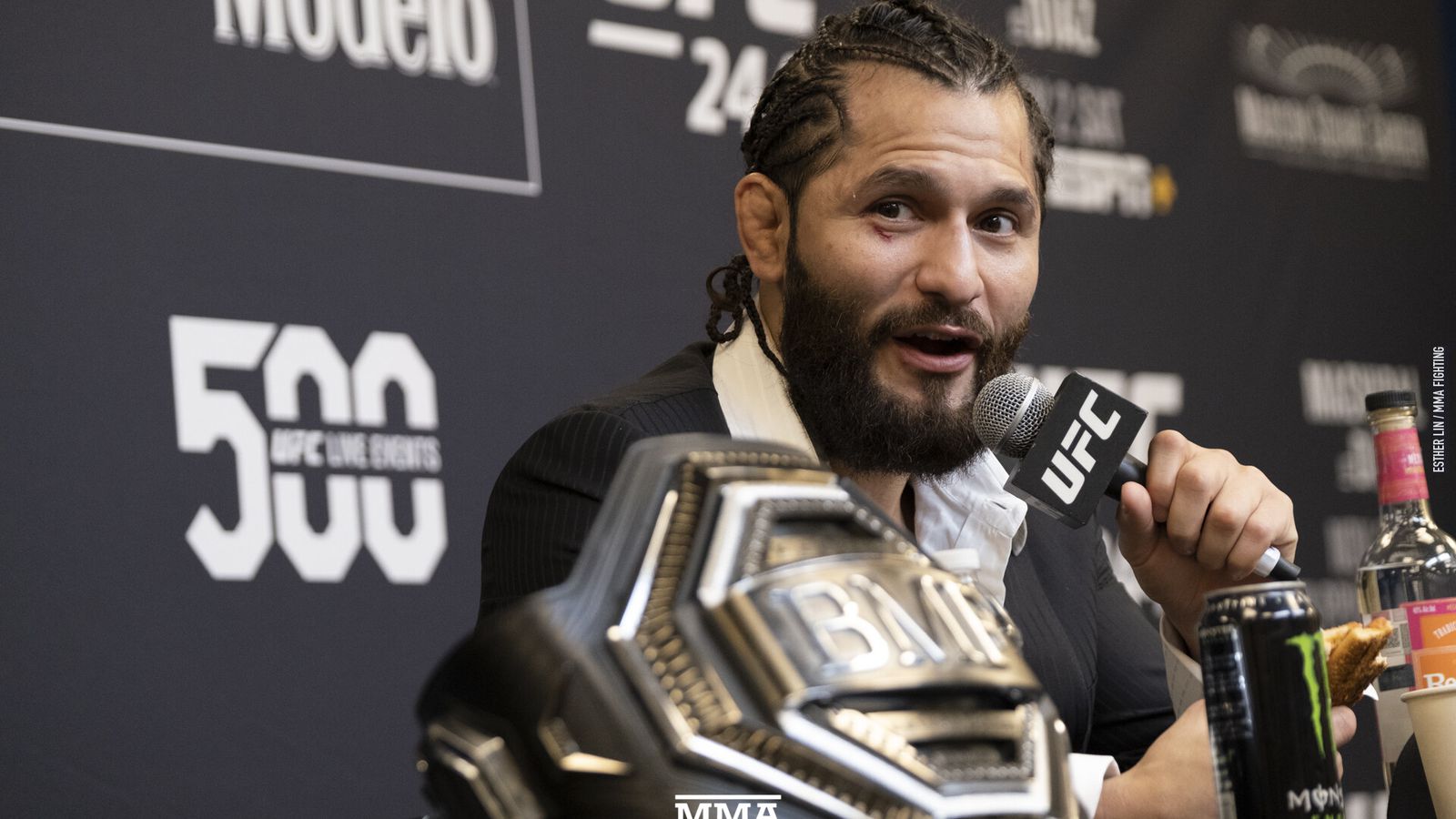 After Nick Diaz expressed his displeasure toward Jorge Masvidal’s plans to baptize Nate Diaz at UFC 244, Jorge offered up a Scarface-inspired response in which an animated version of himself — dressed up in a full Tony Montana regalia — echoed the infamous “f**k the Diaz brothers” line from the classic film.

Now, the real-life version of “Gamebred” is officially chiming in and responding to the Stockton slugger’s comments during an interview in which Diaz was obviously not giving clear-cut responses that confused many, Jorge included.

“Is he asking to fight? I was confused. Or are we going on a walk on the beach?” asked Masvidal during a recent appearance on the Dan LeBatard Show. If a fight is what Nick really wants, then “Gamebred” is all for it.

“Does he know who he’s asking for a fight? Because I’d love to fight, especially if I get a little something on top of that.”

On the heels of Nick’s proclamation that he’s the real “BMF” in the game and Jorge’s win over his younger brother Nate, it seems like a fight between these two welterweight stars is getting some legs underneath it.

After all, Nate vs Jorge started with a simple challenge, as well, and it turned into one of the most-anticipated events and bouts of the year. Of course, Nick hasn’t competed in over four years, and a comeback doesn’t seem imminent. So if not Nick, Jorge wants someone who can help his bank account grow for his next challenge.

“We don’t know who’s next but everybody’s looking like cash symbols, cash money to us right now,” Masvidal explained. “The next person is going to be the one that puts the most zeros in the bank account, who that [is],’ he said as transcribed by MMA Fighting.

Realistically, Jorge is in line to face the winner of the upcoming 170-pound title fight between division champion, Kamaru Usman, and Colby Covington, which is set to go down at UFC 245 on Dec. 14, 2019 in Las Vegas, Nevada.