Proposed Rematch With Craig Could Be ‘Shogun’ Rua’s Last Fight 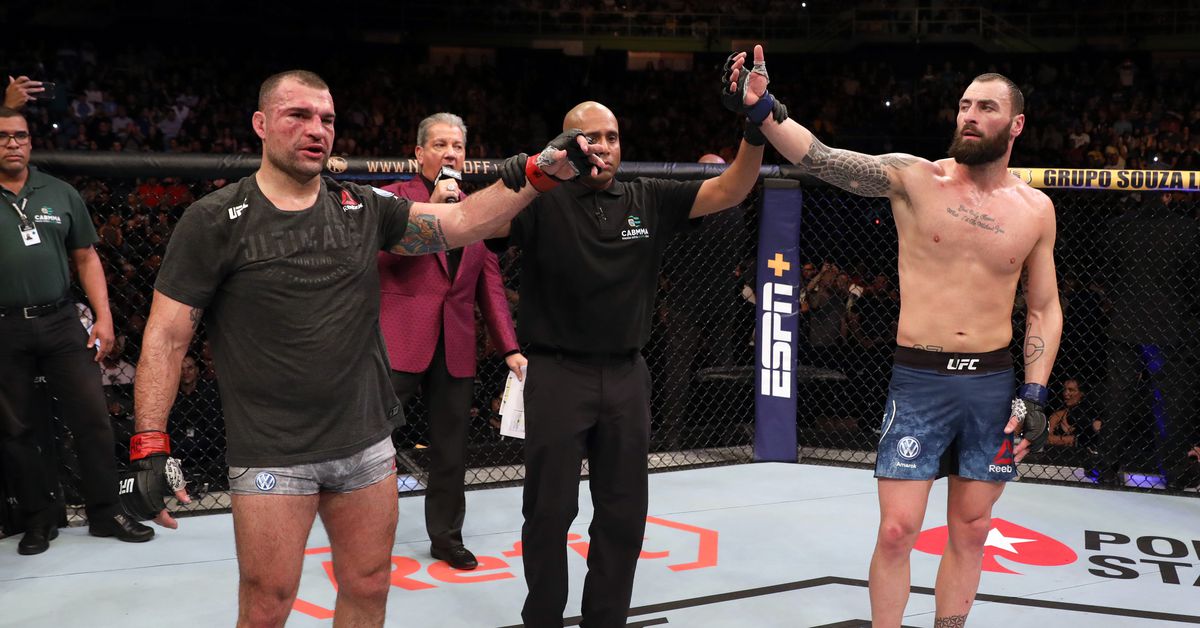 Everyone hates draws. Even when a fight is so close that a draw is the only fair judgement that can be rendered, no one wants that bullshit. So when an otherwise entertaining comeback fight for Mauricio “Shogun” Rua against Paul Craig was deemed a split draw (29–28, 28–29, 28–28), the boo birds let their feelings be known.

”Shogun” wasn’t happy. Craig wasn’t happy. And now they’ve both agreed to fight each other again to get a more definitive ruling (even though let’s admit it, Rua should have won 29-28). There are interesting wrinkles to a rematch, should the UFC choose to go that way.

“If I did that in a two-week fight camp, what can I do in an eight-week fight camp?” Craig pointed out during the post fight press conference. “Is there any opportunity to face Shogun Rua again? Only he’d be able to tell you that, because I would take that fight in a heartbeat. Going with how his face looked after that fight, I can’t see him accepting that fight.”

But not only is “Shogun” down for the rematch, he’s perfectly fine taking it in Craig’s backyard of Glasgow should rumors of an event there prove true.

Rua apparently promised his wife he’d retire after a certain number of fights, and he’s only got one left on the agreement.

”I’m going to have to take her to Paris to try and convince her to fight some more,” Rua joked – or is it a joke? “Really, I love what I do. I love the sport. I love to fight.”

We have no doubt Paul Craig would love for their still hypothetical rematch to be that final fight, considering he came to Brazil with a goal of putting “Shogun” out to pasture.

“I didn’t tell the media that, but I had told my coaches that,” Craig said. “What I said was … and you need to have a bit of confidence in this sport. I said I would love to be Shogun’s last fight. I would love for Shogun Rua to take the gloves off and leave them in the center of the octagon after I had obviously got the victory.”