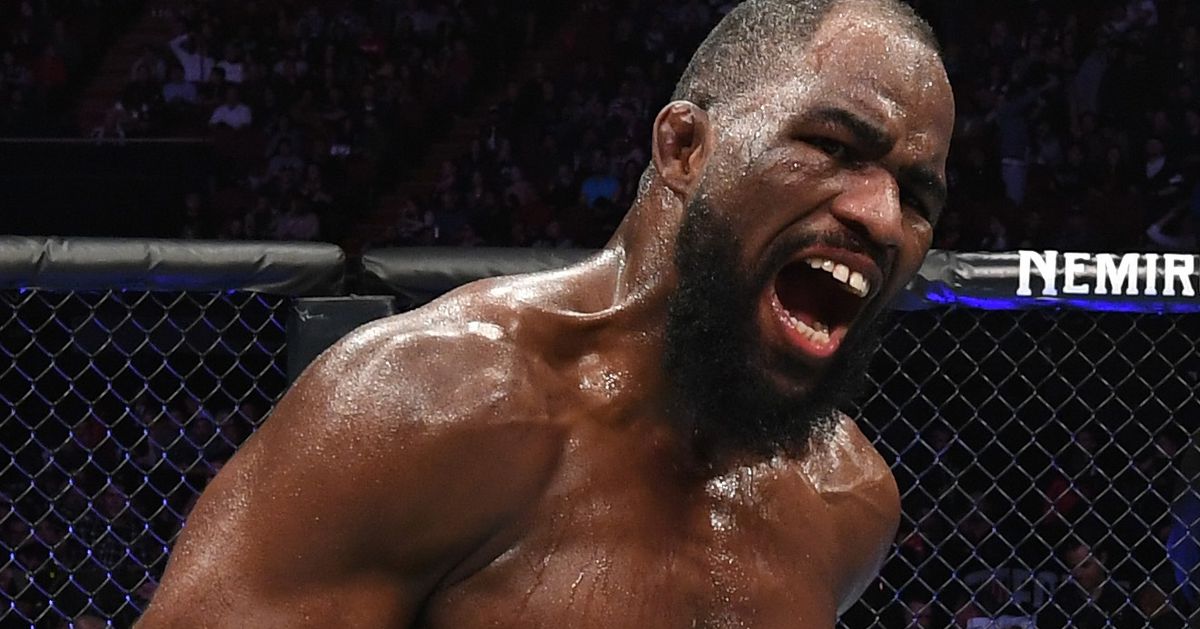 Corey Anderson is adamant he won’t be facing Anthony Smith next, as he is seemingly content with waiting for his title shot if indeed Dominick Reyes gets Jon Jones next, which is a big possibility.

But according to Smith, it’s going to take more than playing the waiting game for “Overtime” to punch his ticket to the big dance, To hear “Lionheart” break it down, Anderson needs to keep working, mores specifically, beat him.

During a recent interview with Sirius XM’s Fight Nation, Smith explained how he earned his shot at the Light Heavyweight title, and how Cory should follow his example.

“I just beat the next guy,” Smith said (via MMA News). “When the UFC said, ‘Oh, what do you think’s next?’ ‘Whoever you think is next. Who do I gotta beat to get to a title shot?’ ‘Well, Volkan Oezdemir’s number 2.’ ‘Give me that f***ing guy then.’ And that’s what I did. Sometimes you gotta put your head down, and you gotta work, and stop complaining all the time.”

After winning his first three fights at 205 pounds against Mauricio Rua, Rashad Evans and Volkan Oezdemir, Smith earned his shot against Jon Jones at UFC 235, losing via unanimous decision. One thing Smith says he didn’t do is complain, which is something he feels Anderson has been doing a bit too much of.

“Just put your head down, and beat the next guy, and don’t complain about it,” Smith continued. “And then, every once in a while, try to be a little bit exciting and stop talking shit about the guys that are doing it right. You want to talk shit about Thiago Santos? Thiago Santos got a title shot,” he added.

“You want to talk shit about me? I got a title shot. So instead of talking shit, maybe emulate what we do a little bit, try to get a goddamn finish, stop talking shit about the UFC, and just beat the next guy. It’s that simple,” he added.

Indeed, Corey went off on UFC following his knockout win over Johnny Walker at UFC 244 (see it), saying he’s done more than enough to earn his championship fight, and perhaps UFC isn’t favoring him for whatever reason. That prompted UFC president, Dana White, to offer up a rebuttal, advising Corey to stop with the “crybaby bullshit.”

“I don’t understand this formula in his head, it’s like he’s doing brain surgery,” said Smith. “It’s not that hard. I’m the next guy that you have to beat. It’s that simple.”