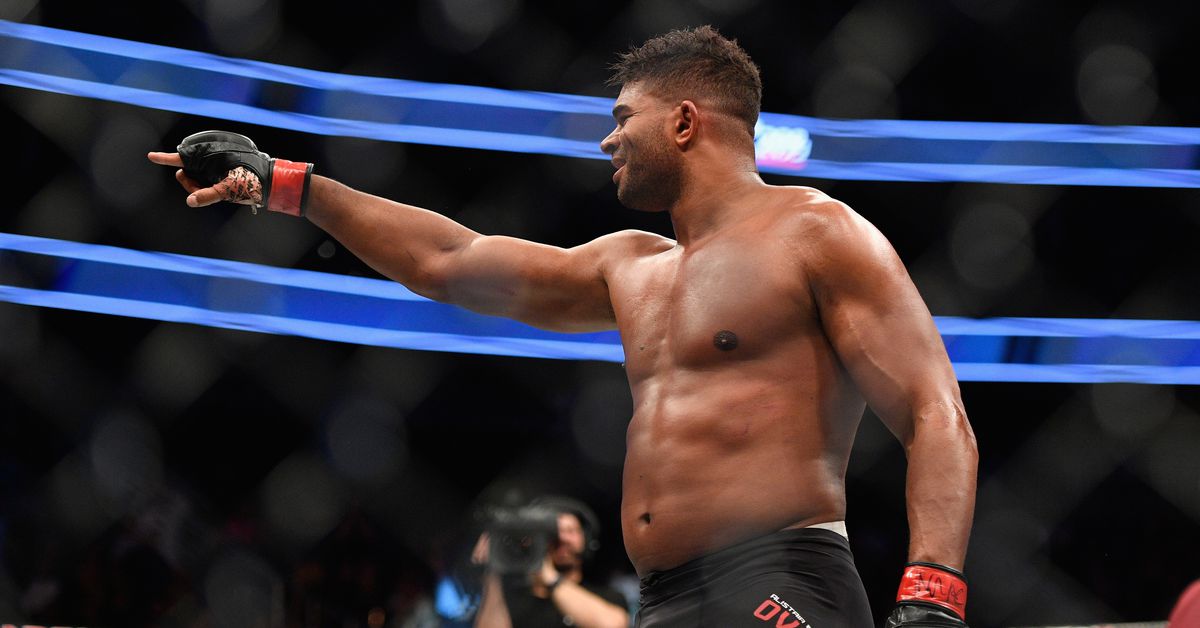 My favorite book, back when I actually did things like read, was Moby Dick.

I thought about the “white whale” expression earlier today when looking at Alistair Overeem’s pursuit of the Ultimate Fighting Championship (UFC) heavyweight title, because it’s the one thing missing from his increasingly-impressive resume.

I mean let’s be honest here, “Demolition Man” is already a decorated fighter and the most accurate striker in the history of UFC. You don’t promote Ahab to captain of the Pequod unless he’s already an established sailor, just as you don’t give Overeem main event slots and heavyweight title shots without the resume to back it up.

The power-punching Dutchman has seen both, and will take center stage for the fourth time in his UFC career as the No. 6-ranked heavyweight in the division. He’ll be facing undefeated bruiser Jairzinho Rozenstruik this weekend at UFC on ESPN 7 in Washington, D.C., and “Bigi Boy” not only won all three of his UFC fights to date, but won them in violent fashion.

Turning away Rozenstruik would be an important step in Overeem’s march (back) to the title. I don’t know if you can consider him one of the all-time greats without it. It’s certainly not unheard of, as Fedor Emelianenko gets lumped into the G.O.A.T. conversation without ever having stepped foot inside the Octagon, based largely on his body of work in PRIDE, but Overeem’s legacy took a hit when he ran afoul of Nevada State Athletic Commission (NSAC) back in 2012.

There was also his assault charge that same year, a messy lawsuit filed against him, and rumors of fighter sabotage in the Jackson-Wink camp. Controversy without spin can be hard to recover from, at least in terms of public image. Overeem also has some pretty-high profile knockout losses from recent memory, including his destruction at the hands of Francis Ngannou.

You can argue that other fighters have done a lot worse across a much greater span of time, like current UFC light heavyweight champion, Jon Jones. But “Bones” is able to outrun his demons because he keeps on winning, forcing the promotion to leave him in the spotlight regardless of how many times he steps on his own dick (so to speak).

Overeem has 17 defeats in his professional career and a staggering 13 losses by way of knockout. At age 39, the clock has just about run out and his current two-fight win streak, comprised of first-round finishes over Sergei Pavlovich and Alexey Oleynik, is likely the last springboard he’ll have into another run at the heavyweight strap.

Surviving the heavy hands of Rozenstruik will be another step toward proving that wrong, though we can’t overlook the fact that even if he’s successful on Sat. night, Overeem still has to figure out a way to get past Blaydes, Ngannou, and Miocic, three top heavyweights who previously defeated him in convincing fashion.

Whether he does or doesn’t remains to be seen, but as with most Overeem fights, it’s going to be fun to watch along the way.