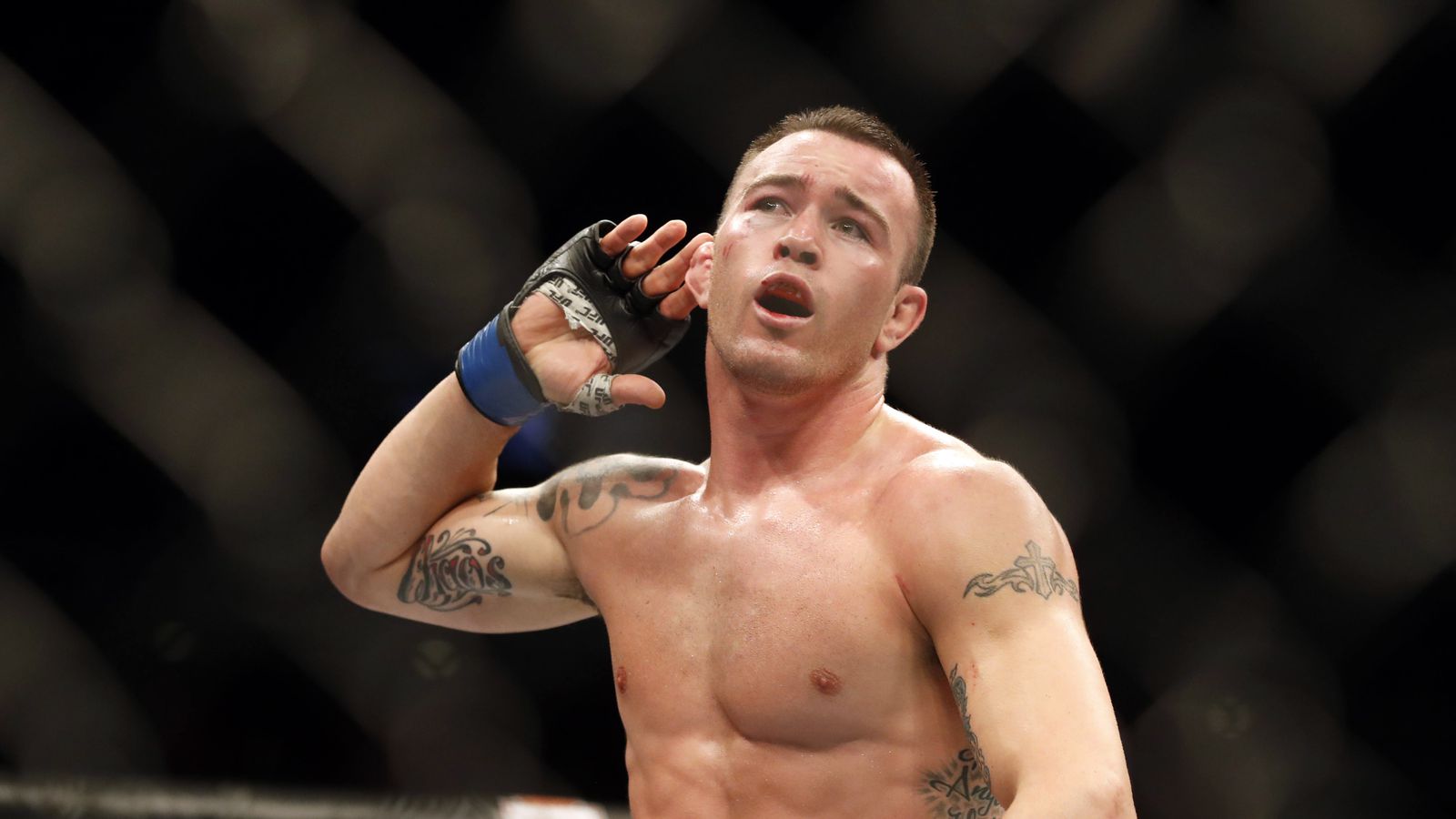 As power-punching prospect Mike Perry has made violently clear multiple times, he really does not like Colby Covington. The two have traded barbs on several occasions, but it began when Covington insulted Perry’s girlfriend (now wife) and corner woman, the appropriately titled “Platinum Princess” Danielle Perry. Since then, Perry has repeatedly taken every opportunity to insult Covington and angle for a fight against him.

Aside from the comments at the start, Perry consistently has beef with Covington’s fight style, which is definitely wrestling-first. However, it is a bit ironic that Perry is warning Kamaru Usman of Covington’s tactics, as “Nigerian Nightmare” does just as much clinching and head-fighting as “Chaos!”

Both Perry and Covington will compete Saturday night at UFC 245, and perhaps some day they’ll meet in the Octagon as well.

Every once in a while, Covington allows some non-heel moments to slip through, and this is a big one (even if the specifics seem a touch exaggerated to me).

Amanda Nunes is rolling into fight week dressed like a dope old-school rapper.

Stefan Struve has pain in his heart and his Dutch balls.

Shit was weird as fuck, I felt I was gonna give birth to fucking charizard and they were booing and chanting. Then I start to fight again and they chant USA, USA, USA. Like my Dutch balls did something wrong https://t.co/0Bjst3oOtS

For anyone interested in learning a bit more about the Twister submission:

This clip of Saenchai sparring with his father is pretty awesome.

In Michael Chandler’s latest crazy workout, he’s sled-pushing a car, because of course he is!

Boloyoang threw a haymaker, and Raynard’s head was out past his knees … That’s a real bad combination.

A heavy cross-hook combination caused a faceplant KO in GLORY this weekend:

It’s rare to see a guillotine set up from the bottom rather than off the takedown, but Ayoub did a nice job of securing the correct angle for the arm-in guillotine. It’s usually easier to release full guard to gain the angle further, but clearly Ayoub was able to get the proper squeeze regardless! Note how he twists into the choke rather than just extends backward.

At least his beer survived the crash!

Midnight Music: Lee Hazlewood was just the coolest, and he has a lot of great songs outside of his more famous duets with Nancy Sinatra. Aside from perhaps the great Sturgill Simpson, you still don’t hear many combining country music with a psychedelic edge quite like Hazlewood, and few can match that baritone.