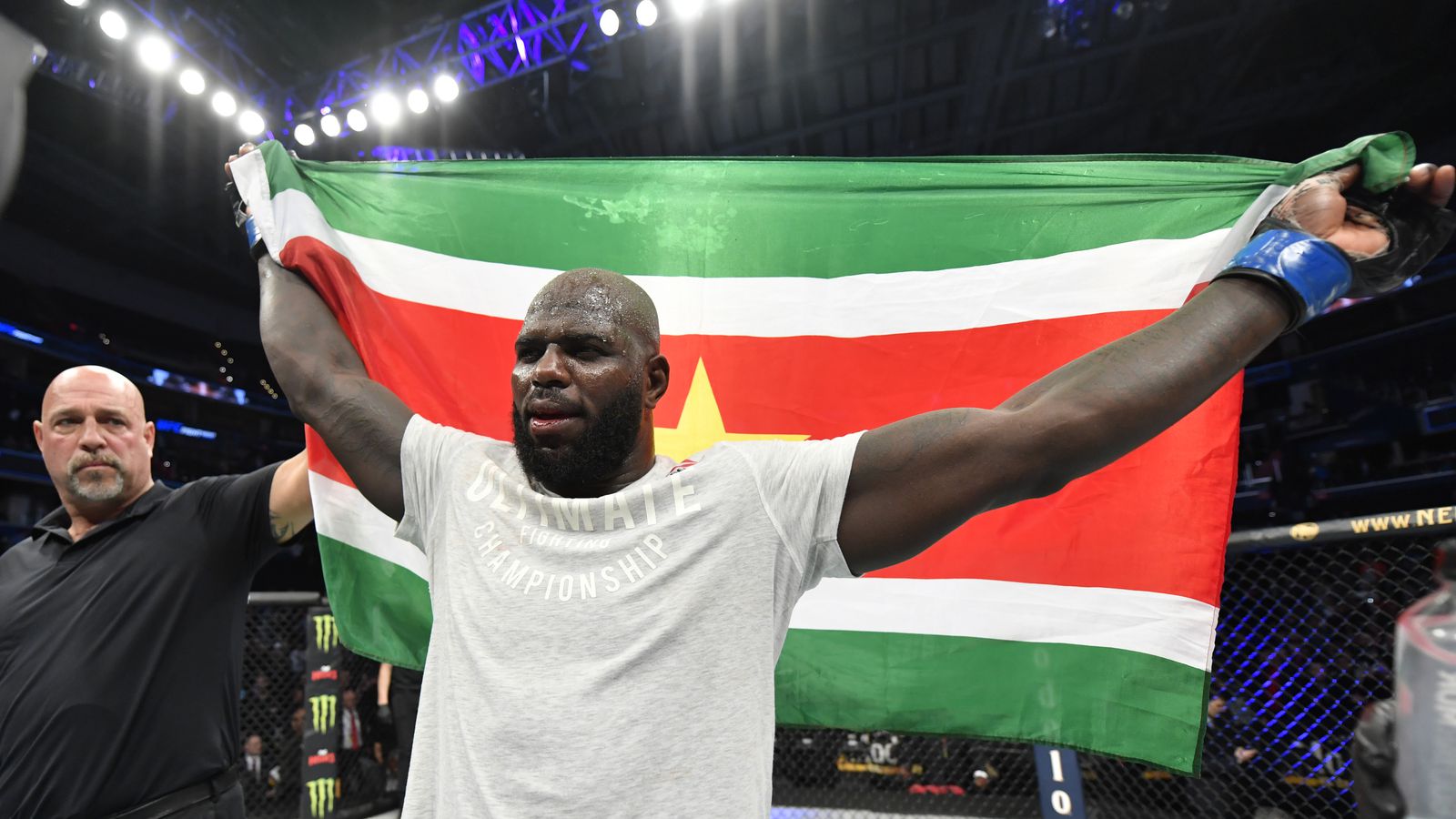 And if you think the reception he got upon his return to Suriname was impressive, just imagine what the local fans — and adoring media — would do for “Bigi Boy” if he ever brought home a UFC title, currently held by longtime veteran Stipe Miocic.

Rozenstruik, 31, has racked up a perfect 10-0 record — with nine knockouts — since turning pro back in 2012, which includes his four straight wins under the UFC banner. After starching Junior Albini and Allen Crowder earlier this year, the power-punching RIZIN export flattened Andrei Arlovski at UFC 244, leading to the bout against Overeem.

Maybe it’s time for that Francis Ngannou fight after all.

Pettis Wants To ‘Show Out’ For Bellator 238 Fans