Highlights! Watch Terence Crawford knock out Egidijus Kavaliauskas in the 9th round 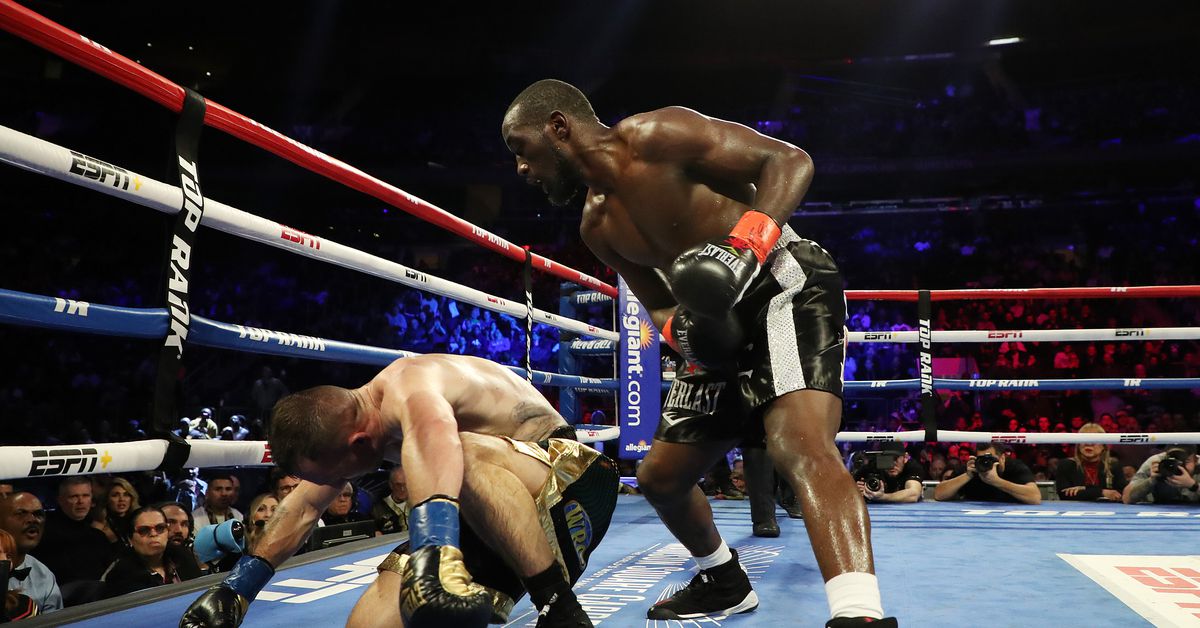 Crawford is widely considered to be one of the best pound-for-pound boxers in the world and the odds on this fight reflected that with him being the -2400 favorite to Kavaliauskas’ +1100 dog status. But Kavaliauskas showed up to fight and made things interesting through the early rounds, catching Crawford with a big right hook and dropping him to one knee in a third round exchange that the ref ruled a slip rather than a knockdown. As the fight continued, Crawford took over and responded to a hard blow from Kavaliauskas in the seventh by dropping the Lithuanian with a overhand right.

The end of the fight came two rounds later as Crawford strung together a combo ending with a big uppercut that sent Kavaliauskas staggering onto all fours. He answered the 10 count but another right hook from Crawford immediately put him back onto the canvas, prompting the referee to wave things off.

It was an entertaining fight but only happened due to Kavaliauskas’ mandatory challenger status and a lack of better options. A car accident took Crawford’s most interesting option Errol Spence Jr. out of contention in October and there’s no word on when he may come back. Shawn Porter is the name Crawford’s promoter at Top Rank is pumping right now, and who knows, if boxing keeps up the recent trend of pulling off the big fights maybe Danny Garcia, Manny Pacquiao, or even Floyd Mayweather is possible. For now though, enjoy the highlights from Crawford’s win over Kavaliauskas.

Here’s the second knockdown in the 9th round that includes the decisive uppercut:

The second knockdown and the third that caused the ref to end things (and some very passionate French commentary):

Two angles on Crawford getting knocked down (or slipping?) in the third round:

And Crawford knocking down in the 7th round:

The win improves Bud’s record to 36-0 with 27 knockout finishes.

Photos | Jon Jones is looking jacked for his UFC 247 title…

UFC ‘Raleigh,’ The Morning After