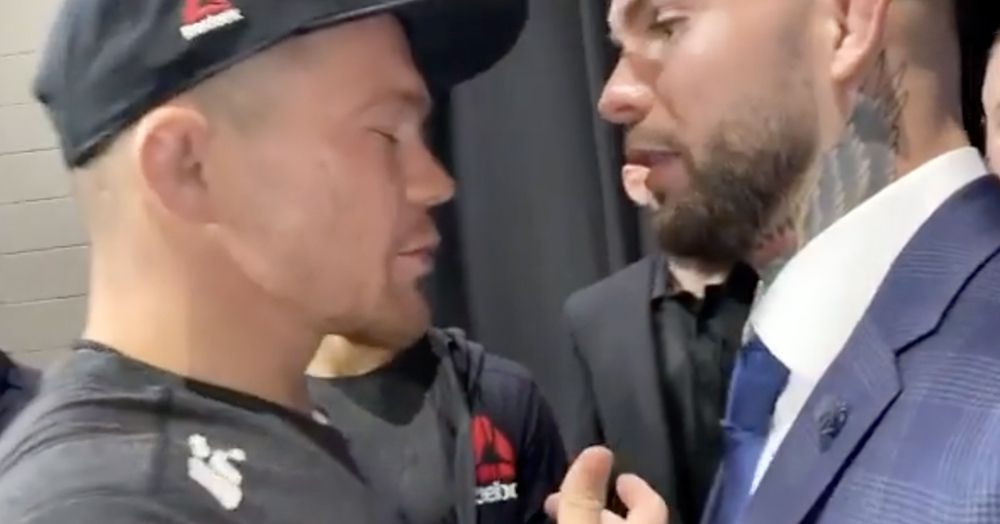 The bantamweight division has certainly heated up following the events of UFC 245. You’ve got Jose Aldo, who proved he can make the cut and still perform at contender levels. Marlon Moraes, who technically beat Aldo and maintains his #1 division ranking. Then there’s Petr Yan, who put down a game but ultimately outgunned Urijah Faber with serious violence. And let’s not forget Aljamain Sterling, who has been fighting with a bum wrist for years and will return in 2020 with two fully functional hands.

It’s getting awful crowded at the top of the division, so it should be no surprise that all these guys are starting to butt heads as they jockey for a shot at champ Henry Cejudo. This involves a lot of social media smack, but sometimes shit spills out into real life like this incident between Petr Yan and Cody Garbrandt backstage that was caught on film and shared by ESPN.

It all stemmed from a comment from Yan on Instagram where he dubbed Garbrandt “No Chin.” Pretty catchy, we gotta admit. Yan shared screenshots of the initial internet back and forth that led to the confrontation:

With UFC president Dana White considering Jose Aldo the honorary winner of his fight against Marlon Moraes, Aldo could be next in line for the belt leaving Petr Yan with some time on his hands. The timing might be a bit off though with Cody already booked for March. But the UFC may want to consider getting these two in the cage against each other before they end up throwing some three-pieces around at some event.

Like the savage he is, Garbrandt’s down to do it in the lion’s den. Sounds like a better UFC main event than Russia’s used to getting, that’s for sure.