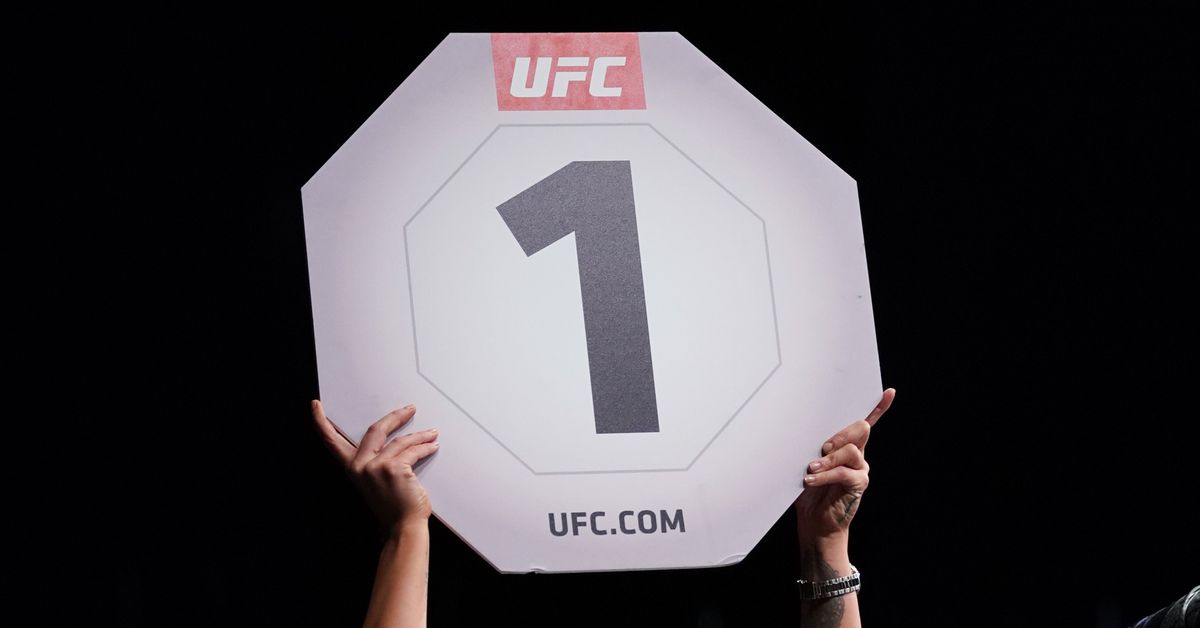 Numerous boneheaded fouls kept Montel Jackson (8-1) from earning a UFC contract on “Contender Series,” and though he got his shot by stepping up on short notice two months later, he had few answers for the grappling attack of Ricky Simon. He has since gotten his feet under him with dominant wins over Brian Kelleher and Andre Soukhamthah, the former of whom Jackson submitted in just 100 seconds.

He’d knocked out five opponents prior to that, his first professional submission win.

Felipe Colares’ (9-1) perfect professional start (7-0) included a three-fight stint in Jungle Fight that saw him claim the promotion’s Bantamweight title in 2017 with a decision over Caio Gregorio. Though he fell to Geraldo de Freitas in his Octagon debut, “Cabocao” returned five months later to upset “Contender Series” veteran Domingo Pilarte by split decision.

He is the shorter of the two by one inch.

Jackson is a standout prospect in a division utterly choked with quality talent. Colares, well, isn’t. “Cabocao” is horribly out-gunned on the feet and his greatest weapon, his top game, is unlikely to play a factor against a far superior wrestler. Colares got rocked more than once by de Freitas, whose firepower Jackson far outstrips. The Brazilian isn’t lasting long in a stand up battle and lacks the tools to avoid one. “Quik” lives up to his nickname with a swift (technical) knockout finish.

Sara McMann (11-5) rebounded from a 1-3 skid with a three-fight win streak, which featured a bonus-winning tapout of never-before-submitted Alexis Davis. The run wasn’t to last, as she suffered consecutive come-from-behind upset submission losses to Ketlen Vieira and Marion Reneau in successive bouts.

She returns to the cage after 23 months away, having given birth and subsequently suffered an injury ahead of a planned comeback.

Lina Lansberg (10-4) put her disastrous debut loss to Cris Cyborg behind her to win four of her next six, losing only to division standouts Aspen Ladd and Yana Kunitskaya in the process. Her last bout saw her defy massive odds to upset seemingly unstoppable The Ultimate Fighter (TUF) veteran Macy Chiasson for her second consecutive win.

“The Elbow Queen” is the taller of the two, but will give up a half-inch of reach.

As with most of her fights against sub-elite opposition, the true battle is McMann vs. herself. She packs legitimate knockout power in her hands and world-class wrestling to back it up, but poor fight IQ and a habit of giving up when caught in a submission make even the most favorable of stylistic match ups a risk.

Luckily for her, Lansberg isn’t a submission threat, and though the Swedish bruiser shut down Chiasson’s takedown offense, Ladd and Kunitskaya found great success dragging her to the mat. Expect a similar effort from McMann, who cruises to victory from top position.

Brett Johns (15-2) capped off his undefeated (3-0) UFC start with a 30-second calf slicer finish of Joe Soto, earning a “Performance of the Night” bonus in the process. The momentum didn’t last, however, as “The Pikey” dropped subsequent bouts to top contenders Aljamain Sterling and Pedro Munhoz.

This will be his first fight since June 2018.

Tony Gravely (19-5) earned the CES Bantamweight title with a 36-second slam KO of Kody Nordby, then followed that up with finishes of Kris Moutinho and Darren Mima. His efforts earned him a spot on the Contender Series, where he pounded out Ray Rodriguez to secure a contract.

He has knocked out eight pro foes and submitted another three.

Johns’ two defeats came against top-10 Bantamweights. Gravely’s last three came against beasts in Merab Dvalishvili, Manny Bermudez, and Patrick Mix. Basically, don’t be fooled by their seven cumulative defeats; in short, these two are studs, and this is an extremely close match up.

Though I’ve historically been high on Johns, I give Gravely the slightest of edges. He’s the more credentialed and physically imposing wrestler, and Johns’ edges in striking and experience don’t look significant enough to make up for that. Hopefully we don’t end up with these two stalemating against the fence, but either way, Gravely should control enough of the grappling to claim a decision.

Herbert Burns (9-2) — the younger brother of current UFC standout Gilbert Burns — defeated several of ONE FC’s more prominent Featherweights before dropping consecutive bouts to future PFL competitors Movlid Khaybulaev and Magomed Idrisov. He then took his talents to Titan FC, where he tapped a pair of foes en route to a contract-earning submission of Darrick Minner on “Contender Series.”

Seven of his professional victories have come by submission.

Nate Landwehr (13-2) bounced back from a loss to future “Contender Series” hopeful Mark Cherico with a seven-fight win streak, claiming and twice defending the M-1 Featherweight title along the way. His most recent effort saw him survive a brutal head kick to war his way past Viktor Kolesnik, whom he’d beaten by split decision in 2017.

Rarely has there been a more appropriate nickname than “The Train” — Landwehr is all about marching forward and slinging right hands until someone falls over. That seems like a viable strategy against Burns, who has similar defensive issues without the offensive potency to make up for it. Unfortunately, he lacks fellow head-knocker Justin Gaethje’s concrete chin or ironclad takedown defense. Considering Burns only needs to clip him or take him down once to end things, it’s hard to picture Landwehr avoiding that world-class Brazilian jiu-jitsu for 15 minutes.

Landwehr can definitely win this if he can survive long enough to wear down Burns’ cardio with his pace. More likely, though, Burns takes advantage of Landwehr’s big swings to slip an uppercut, change levels, and work his way to the back for the finish.

Remember that MMAmania.com will deliver LIVE round-by-round, blow-by-blow coverage of the entire UFC Fight Night 166 fight card this weekend, starting with the ESPN+“Prelims” that are scheduled to begin at 5 p.m. ET, then the main card portion that will also stream on ESPN+ at 8 p.m. ET.

To check out the latest and greatest UFC Fight Night 166: “Blaydes vs. dos Santos” news and notes be sure to hit up our comprehensive event archive right here.