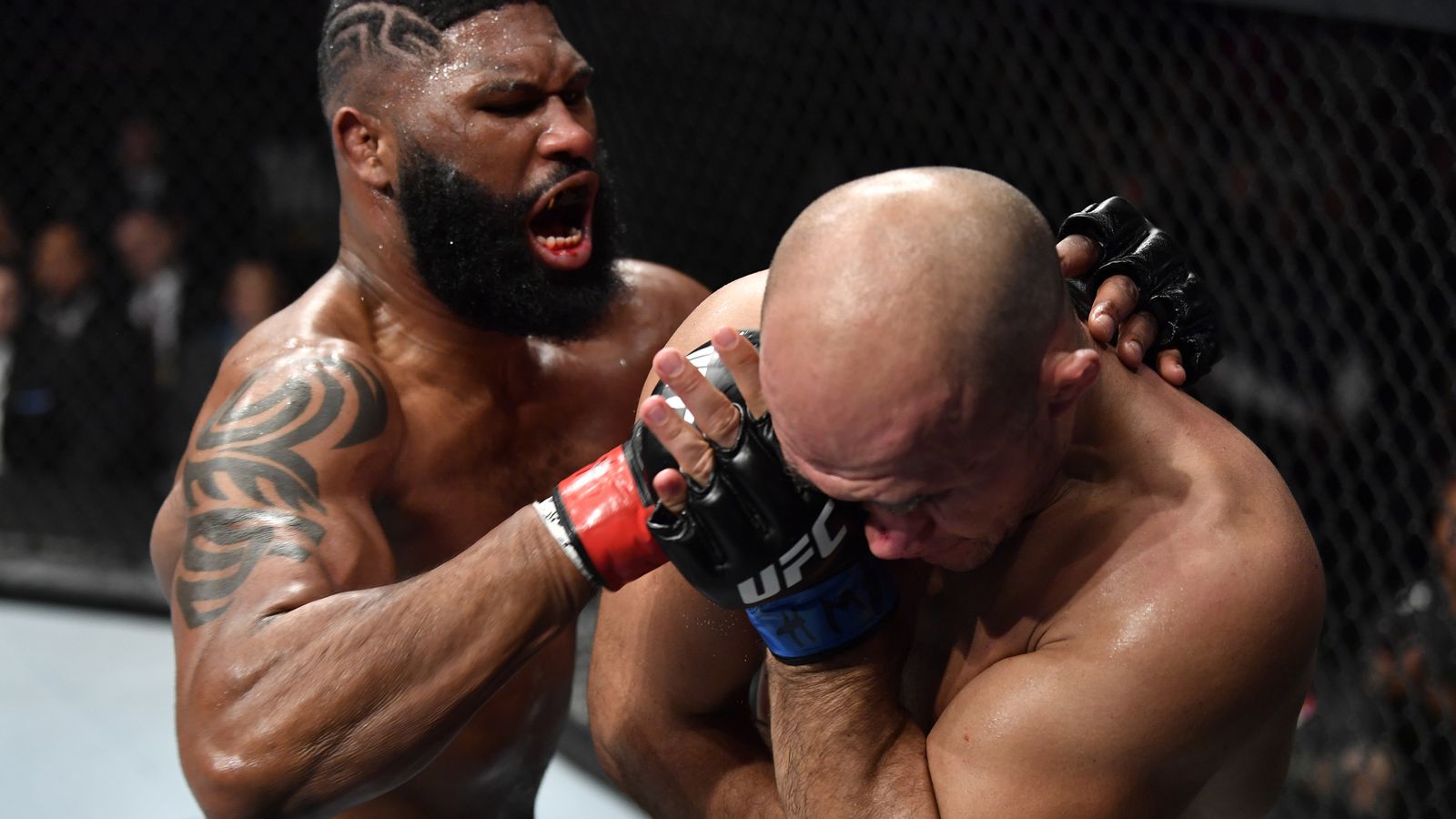 Dos Santos showed strong takedown defense in the early going as he created space to load up on a monstrous uppercut. Blaydes remained mobile and kept the former champion guessing with leg kicks, straight punches, and level changes. “Razor” even landed two big right hands toward the end of the first that certainly caught dos Santos’ attention.

Early pressure came from Blaydes in the second as he threw hands with confidence. Dos Santos hung in the pocket until catching a nasty right hand that stopped him in his tracks. Blaydes pounced on top for knees and punches until the referee stepped in for the standing stoppage.

Check out the huge shot that set up the finish above and some extra main event footage below, both courtesy of UFC/ESPN: