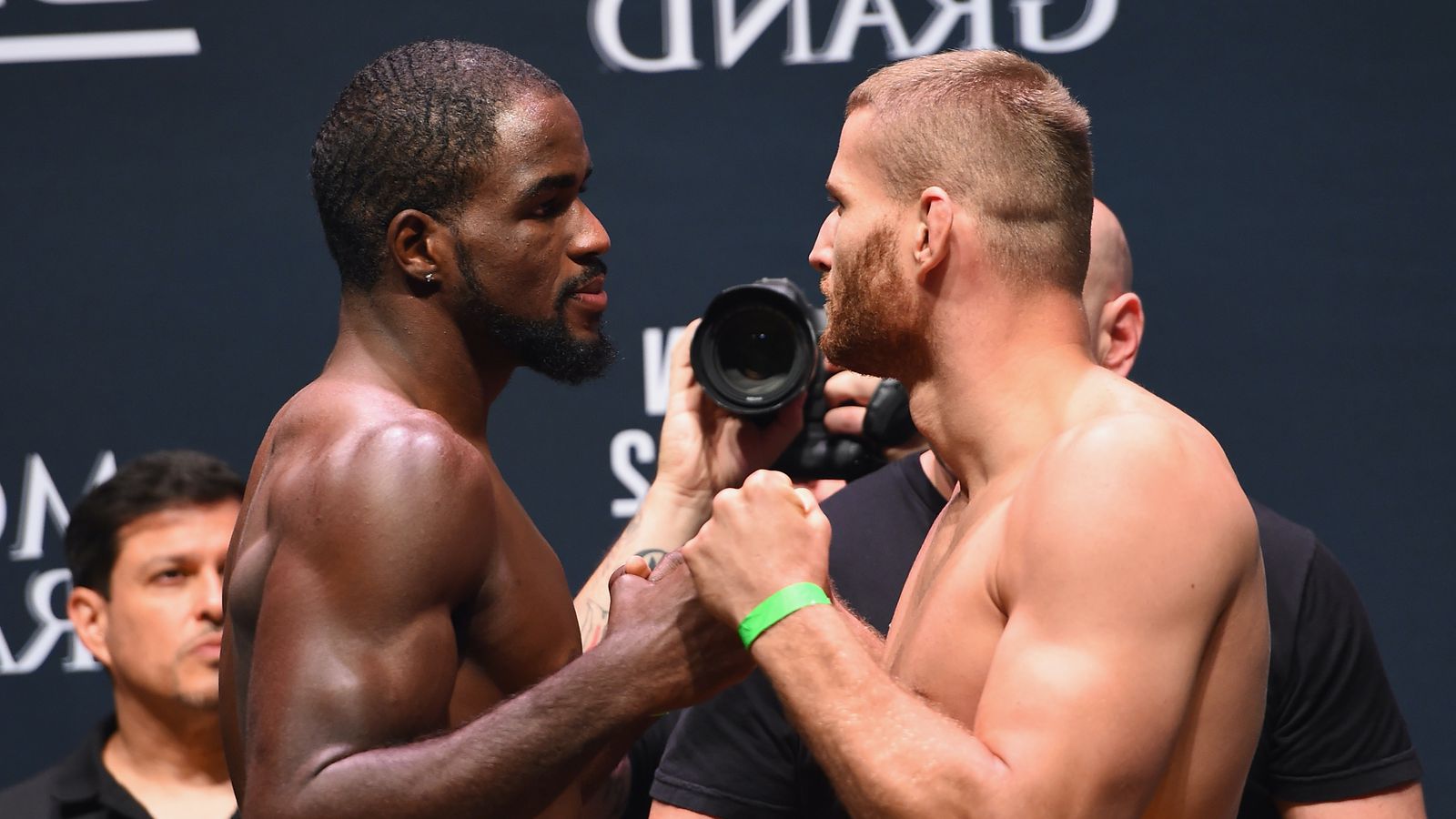 The winner could be next in line to fight Jon Jones.

In the UFC rio Rancho co-main event, longtime fan favorite Diego Sanchez returns to action against flashy Brazilian banger Michel Pereira in welterweight action. There is nothing at stake here besides wins and losses, but who doesn’t love a good “Nightmare” fight?

Before we get to the main and co-main event breakdown, be sure to check out the complete UFC Rio Rancho preliminary card breakdown, expertly deconstructed by the jet-setting Patrick Stumberg here and here. Fighter-turned-writer-turned-fighter again, Andrew Richardson, did most of the heavy lifting for the rest of the main card right here. For the latest odds and betting lines click here.

This is a light heavyweight rematch that nobody outside of Jan Blachowicz was asking for but in terms of how the 205-pound division is situated, remains super necessary, as Jorge Masvidal would say. That’s because Jon Jones is still the division champion, despite the best efforts of Dominick Reyes at UFC 247, and the winner of Anderson (No. 5) vs. Blachowicz (No. 6) is the only logical choice for “Bones,” considering contenders 1-4 have already lost to the longtime champion. Sure, you could make a case for a Reyes or Thiago Santos rematch, but that would require a signature from Jones and I have a feeling he’s in no hurry to repeat either of those performances. My only concern is that we could end up with a five-round snoozefest this weekend in Rio Rancho and promotion president, Dana White, already hates Anderson.

Sadly, I do not have high hopes for this headliner. If you include his win over Blachowicz at UFC 191, Anderson has been to a decision in six of his last eight wins. The Pole, meanwhile, has seen the scorecards in four of his last seven victories and can we please forget that Ronaldo Souza fight ever took place? It’s unfortunate because both athletes have knockout power and prefer to stand and bang, but Anderson understands that winning is more important that looking good, which is why he went 4-4 on takedowns in their first go-round and elbowed his way to victory. Clearly both fighters have evolved since 2015 but their strengths and weaknesses remain the same. This fight boils down to takedowns and if Blachowicz can use his jab to frustrate Anderson and keep him shooting at a distance, then he’s likely to stay upright and win by way of more polished hands. I just think that’s asking a lot in a 25-minute fight against a combatant who is hellbent on getting that Jones fight.

It’s hard to know what to expect from Diego Sanchez at this stage of his combat sports career. If you’re thinking “We can expect him to act crazy and be 12 for 8,242 in striking” well then yes, we do, but the original TUF guy has been so inconsistent as of late it’s impossible to know if he’s going to give us the Sanchez who thumped Mickey Gall or the Sanchez who got murdered by Matt Brown. I would imagine that has a lot to do with the offense of Michel Pereira, who rose to fame for all the wrong reasons. It’s one thing to look flashy and win, but as Johnny Walker found out against Corey Anderson, there are two sides to the highlight reel. I’m kind of surprised to see Pereira as the betting favorite with just a 1-1 record in UFC and a lopsided decision loss to Tristan Connelly, but I suppose the wear and tear of Sanchez has the bookies erring on the side of caution.

This is likely to be a one-round fight. Pereira is too big and too muscular at welterweight to last all three rounds, especially against a nonstop action machine like Sanchez. Therefore, he’s got about five minutes to score the knockout before “The Nightmare” drags him into deep water. The Brazilian has decent jiu-jitsu but trying to work off his back against a rampaging maniac who hasn’t been submitted in over 40 professional fights is a fool’s errand. I don’t think Sanchez will get the finish, as “Demolidor” has proven to be pretty durable. He’s also turned in losses to the unheralded Kurbanjiang Tuluosibake (11-14), which wasn’t long enough ago to “not count.” Keep that in mind, along with his nine other losses, before we put Sanchez on a flaming boat and send him out to sea.

Remember to get the rest of the UFC Rio Rancho main card predictions RIGHT HERE.

For the rest of the UFC Rio Rancho fight card and ESPN+ line up click here.