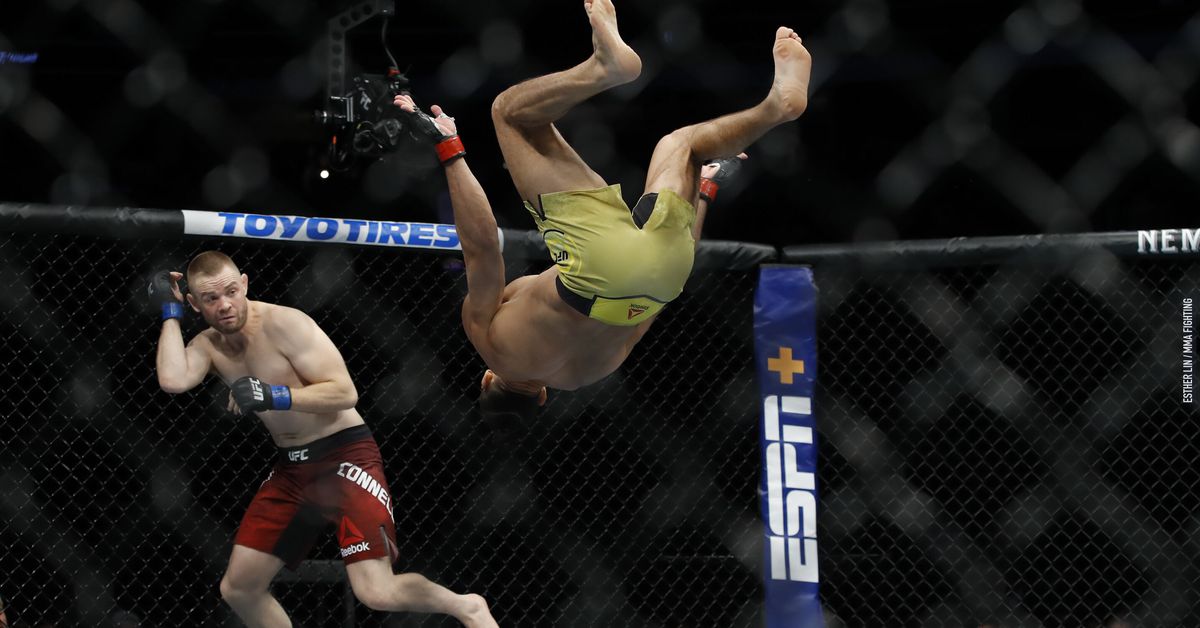 Diego Sanchez made it quite clear leading up to his fight with Michel Pereira at UFC Fight Night 167 in Rio Rancho, New Mexico that he would not compete should Pereira miss weight. It didn’t matter if it was by several pounds or an ounce. “If he misses weight for this fight, there will be no fight,” Sanchez said. “I’ll take my show money and say see you later.”

Fortunately for everybody watching this weekend’s card, Michel not only made weight, he came in one pound lighter than required at ‘championship weight.’ “Demolidor” made it clear that was his plan to show the UFC he was serious about fighting at welterweight, and to stick it to Sanchez. In an Instagram statement released shortly after the ceremonial weigh-ins, Pereira opened up about his past weigh-in mishap and what he thought of Diego’s head games.

”I have a message for the UFC, the fans, and Diego Sanchez,” Pereira wrote. “First, I want to begin by addressing the fact that many fans criticized me because of the fact that I missed weight by 0.8lbs in my last fight in Canada. There were extreme circumstances around that incident that I want the public to know. First, the main person that was coming to assist me with cutting weight, was not able to secure his Visa, and I was left to do the entire weight cut alone, with my main coaches flying in after the official weigh in. This issue cost me over $55,000 as I had to forfeit my bonus and pay a % of my purse to my opponent for the missed weight.”

”Second, I want the UFC to know that I am a professional, inside and outside of the Octagon,” he continued. “When I missed weight, I was devastated and it has hurt my heart since this occurred. For this fight, I made sure that my preparation was outstanding and I had the correct people around me during the entire process. This time, not only did I make the weight, I made Championship weight, coming in 1lb below the allowance to prove to the UFC that I can and will remain a Welterweight, and plan on climbing the ranks in pursuit of my ultimate goals.”

”Finally, I have a message regarding Diego Sanchez. I could see the fear in his eyes, and I knew fear was in his head & heart all week because I know he said that if I didn’t make weight, he would not take the fight, regardless of any extra financial benefit. To me, this is the sign of someone who is scared, or is a coward. I don’t believe Diego to be a coward, however I know he is afraid of what is going to happen on Saturday night.”

Pereira finished things off by stating “I promise that every time you see me step in the cage, you’ll witness a spectacle that you will not forget.” Let’s hope that spectacle lasts for longer than 1.5 rounds which is what cost him his last fight to Tristan Connelly back in September of 2019.