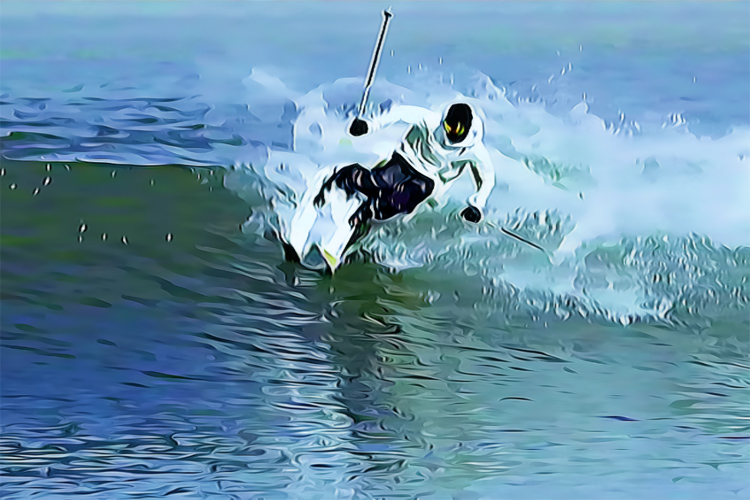 Candide Thovex is a professional skier with an exquisite taste for unusual action sports experiences.

Recently, as a three-time X Games gold medalist, and freeride world champion, the French sportsman turned his attention to viral and never-done-before stunts.

Thovex completed a 120-foot transfer jump of Chad’s Gap, in Alta, Utah. And from then on, the skier tried everything you could possibly imagine.

Someone once told that “snow is only frozen water.” And just because you can’t make it to the snowy slopes doesn’t mean you can go skiing.

The Future of Skiing?

So, why not skiing the artificial waves of Surf Snowdonia, in Wales, and Wavegarden’s The Cove, in the Basque Country? Challenge accepted.

Candide Thovex put on his regular ski clothes and snow goggles and hit the wave pool to film the third episode of his “Ski the World” video series.

After several failed attempts and wipeouts, the intrepid 37-year-old freestyle skier was finally able to ride a few waves and even cut back on a couple of rollers.

Skiers of the world: don’t laugh. With global warming taking over the planet, this might very well be the future of skiing in a couple of decades.