Why is Port Macquarie the bodyboarding capital of Australia?

It is home of the Port Macquarie Bodyboarding Association (PMBA), one of the longest-running bodyboarding clubs in the world.

The organization was established in 1987 by John “Eppo” Eppelstun, PMBA’s inaugural president. In its long history, PMBA secured dozens of regional, state, and national titles.

Michael was also the first non-Hawaiian bodyboarder to become a world champion after breaking the 11-year domination by Mike Stewart and Ben Severson.

But “Eppo” was not the only one to bring a world title to Port Macquarie. Damian King did it twice in 2003 and 2004 during the IBA World Tour era.

The Mayor’s Sporting Fund also allowed members of the PMBA to shine at events outside of NSW, which only boosted Port Macquarie’s bodyboarding prestige.

The Port Macquarie Bodyboarding Association was always a very active institution when it comes to event management. 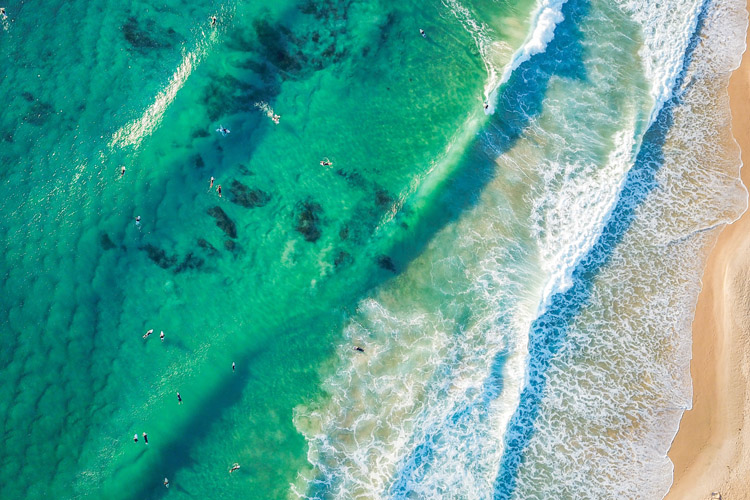 In 1988, PMBA created the Teams Challenge, a one-of-a-kind competition that gathers bodyboard clubs from across Australia.

But there are also competitive tributes to late members of the PMBA.

The David “Goose” Gosby Memorial, the Jeff Wilcox Memorial, and the Matt Baron Memorial are annual events that attest the comradery and culture of this grassroots club.

Let’s not forget that PMBA is a not-for-profit sports organization run by local riders.

But why has Port Macquarie been considered the official bodyboarding capital of Australia?

Several variables help understand why Surfing Australia, the official governing body for the sport of surfing in the country, erected a plaque confirming the pompous title.

The town gave birth to national and world champions, but also has special conditions for the bodyboarding, as a prone wave riding discipline. 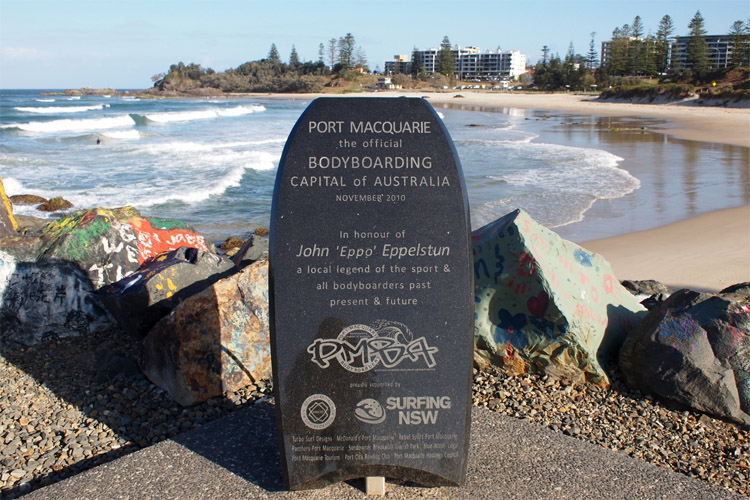 Breakwall is a powerful, fun, and hollow right-hand wedge that breaks south of the Hastings river mouth. It is the perfect training ground for high-performance bodyboarding.

And many other specific breaks seem to be designed to suit bodyboarders’ needs between the town’s north shore and Lighthouse Beach.

Last not but least: everybody knew that PMBA’s founder, John “Eppo” Eppelstun, had a dream of having Port Macquarie officially recognized as the bodyboarding capital of Australia.

Unfortunately, the Port Macquarie bodyboarding pioneer died of cancer in 2008.

However, two years later, on November 29, 2010, the city and the country honored John’s wish. Andrew and Alicia Lickley designed a plaque with the following inscription:

“Port Macquarie: the official bodyboarding capital of Australia | November 2010 | In honour of John ‘Eppo’ Eppelstun, a local legend of the sport and all bodyboarders past, present and future.”

The plaque overlooks Breakwall, one of the most iconic bodyboarding spots in Australia, and a wave with its own chapter in the history of the sport.