Huig-Jan Tak and Johanna Hjertberg have been crowned 2019 Kona One world champions in Lake Garda, Italy.

The 2019 Kona World Championships had perfect weather conditions during all four days of competition, allowing a total of 13 races.

The last regattas were the apotheosis of an outstanding event. They were held on a sunny day with between 15 and 18 knots of steady wind.

Seventy-two windsurfers from 14 nations competed for gold, silver and bronze medals in a unique, breathtaking scenario.

In the men’s division, Tak had no direct opponents, especially in the final races. So, after winning the 2016 Kona Worlds, the Dutch added another trophy to his room.

Temko would also secure the Under 18 world title, followed his fellow countryman Maverick Putnam, who climbed up to the fourth position in the overall ranking. 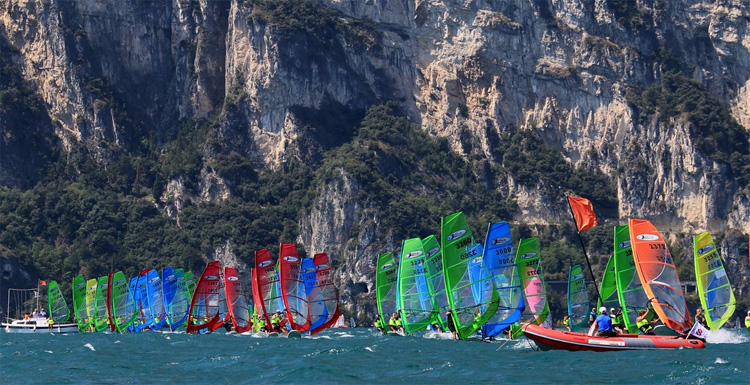 In the women’s category, Johanna Hjertberg claimed the coveted title ahead of Andree Gauthier and Lovisa Toft.

The event was organized by Circolo Surf Torbole which is becoming the epicenter of windsurfing’s most relevant events.

World Sailing has officially designated the venue and club as the host of the technical trials that will decide the official windsurfing equipment for the Paris 2024 Olympic Games.

The governing body for the sport of sailing will choose from seven foiling and non-foiling manufacturers and class association.