Red Bull King of the Air revolutionizes its competitive format

The competitive format of the Red Bull King of the Air will change dramatically, starting in 2020.

The highly-celebrated big air kiteboarding contest wants to give both professionals and amateurs a better chance at competing in the event.

The new format, which will make its debut in 2020, will see an increased number of athletes in the main competition through a qualification round.

The 2020 Red Bull King of the Air will also be the first edition in which there will be no gender preferences when selecting riders.

“Extreme big air kiteboarding is now a globally consolidated discipline within the sport, so we are allowed to introduce fresh new elements into the format,” notes Sergio Cantagalli, the event director. 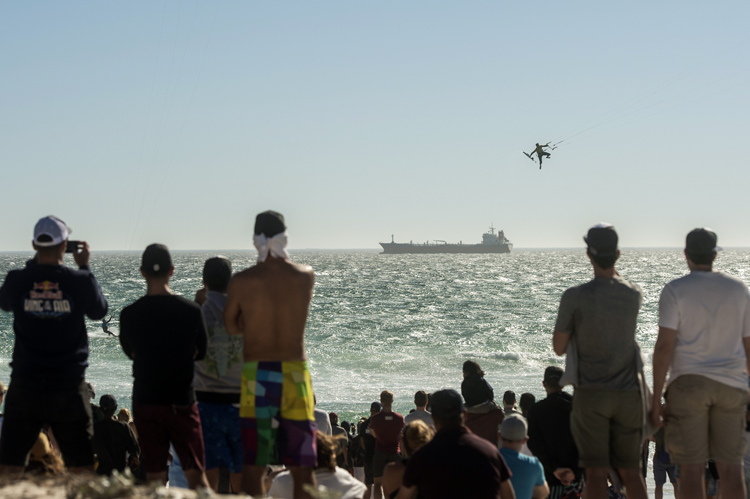 Until November 15, 2019, all kiteboarders of the world – female and male riders – are invited to submit a 60-second video featuring their best and biggest air stunts.

A panel of judges will pick the best 14 clips based on huge and fully landed airs that might reveal each rider’s potential.

These athletes will then move to King of the Air’s official qualification round.

Four additional wildcards will compete alongside the 14 invitees in a repechage format – the top six kiteboarders will join the top six finishers from 2019 in the main event.

In other words, the 2020 Red Bull King of the Air will feature a total of 12 competitors, less six than in previous editions, at Cape Town’s Kite Beach.

“By reducing the main fleet, we will make sure the event is an adrenaline-fueled display of extreme kiteboarding,” adds Cantagalli.

According to the organizers, the new format changes were made after listening to the inputs of the athletes and judges.