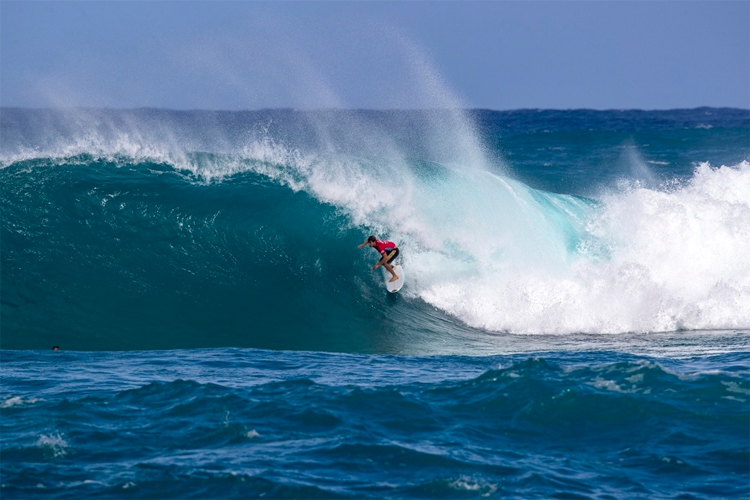 Jack Robinson conquered the 2019 Vans World Cup of Surfing at Sunset Beach on the North Shore of Oahu.

The Australian defeated Ezekiel Lau, Ethan Ewing, and Cody Young in the final.

The final event of the Qualifying Series (QS) and the second jewel of the Triple Crown of Surfing got underway in firing six-foot waves and offshore easterly winds.

Robinson surfed a nearly perfect heat and locked in the highest score ever in the history of the event, which runs for over four decades.

However, and most importantly, he secured the last spot on the 2020 World Surf League (WSL) Men’s Championship Tour (CT).

“We’re ready. It was a while coming; a lot of build-up to this. I felt like I wanted to get on the CT]earlier, but it happens when it happens. Time is the owner of it sometimes,” said Robinson.

The 21-year-old grabbed the best barrels of the heat and earned a total two-wave score of 19.07 points.

“I’ve been surfing out here for a long time. I don’t know – maybe Sunset just threw me a lucky charm. I’ve got the job done. I just wanted to claim it and stamp it. I had fun doing it.”

Ethan Ewing, who finished third, will also join Robinson in the elite of surfing in 2020 for the second time in his career.

The Australian leads the Triple Crown of Surfing and will compete at the Pipe Invitational to fight for a spot in the Pipeline Masters.