How to score a Perfect 10 in competitive surfing

What is a Perfect 10-point ride in surfing? And how can an athlete get the ultimate score from the judging panel?

It’s the competitive surfer’s ultimate goal. Performing a flawless display of wave riding is not easy, as the athlete depends on the behavior and his or her ability and skills to do it.

So, how does surfing’s scoring system work? In competitive surfing, judges award scores using a scale that goes from one (1) to ten (10).

Rides are scored from 0.10 to 10.00, broken into one-tenth increments (for example, 7.30 points). These scores can be translated into words as follows:

In a surf heat, professional surfers can catch as many waves as they want. The best two waves will be tallied up for the final score.

So, a perfect two-wave total will be of 20 points – that’s two Perfect 10-point rides.

The goal of a competitive surfer is to execute and complete a wide range of tricks and maneuvers.

Surfing is a subjective sport, but judges are always looking for a combination of three main variables: speed, power, and flow.

The range of maneuvers and the degree of difficulty are also taken into consideration.

In all official events organized by the World Surf League (WSL) and the International Surfing Association (ISA), judges use an officially-sanctioned computer scoring system. 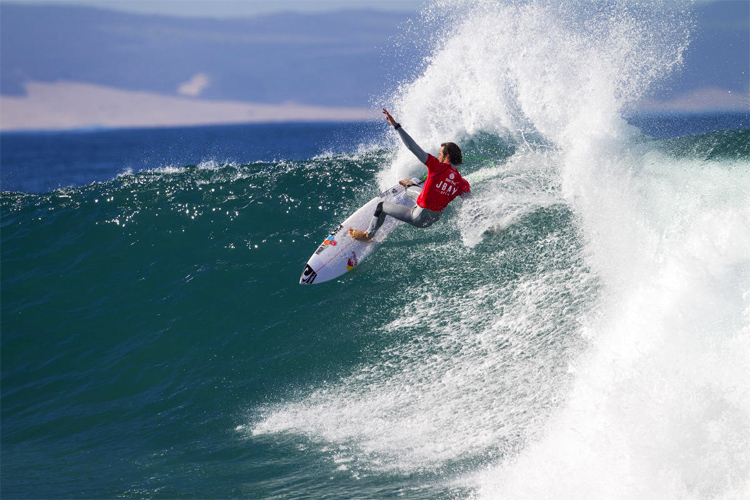 Perfect 10s are relatively rare. So, how do you earn it from the judges?

“Confident surfing – when done right and complete – is what you want to see,” Will Hayden-Smith, tour manager at WSL Australia/Oceania, once explained.

“Generally speaking, judges tend to be skilled surfers, former competitors, or high-performance coaches, so they understand what it takes to do what the athletes are doing out there.”

Because surfing is so subjective, it will always be an opinion of five judges. They use video replays, make comparisons with previously ridden waves, and make decisions.

When they throw scores for a surfer’s ride, the highest and the lowest are dropped, and then they average out the three in the middle.

“A Perfect 10-point wave is rare, and I think they should be. It requires you to say: ‘that wave was surfed perfectly. There is nothing more that they’ve could have done,” notes Hayden-Smith.

So, for earning a Perfect 10-point score, a surfer needs to get at least four 10s from the judges, and then another lower score, for example, a 9.50.

The highest score – a 10 – and the lowest – the 9.50 – are dropped, and then the remaining three 10s result in a perfectly executed wave ride.

The size of the waves on offer, the wind conditions, the type of surf break, and the characteristic of the wave – a barreling wave or a wave with an open face – will determine the criteria adopted by the judges.

Therefore, a massive and perfectly landed aerial maneuver on a tube riding event may not earn a Perfect 10, and vice versa.