It’s okay not to be okay. Filipe Toledo revealed he struggled with mental health issues in the first semester of 2019.

The Brazilian surfer told the Olympic Channel that his emotional victory at the 2019 Oi Rio Pro was a turning point in his outlook. He felt that he need to seek help.

“There’s the good part and the hard part of it. The best part: you’re always going to beautiful places, clear water, white sand beaches, and everything. So, everything looks amazing – on social media, and in photos and everything,” explains Toledo.

“Being on the road for so long, it sometimes can get you crazy. You’ve got to make heats, you’ve got sponsorship, you’ve got all the media, everyone that’s cheering for you, you’ve got a world title – it’s more pressure than you actually think, but it’s the price.”

In the post-heat interview after winning in Rio de Janeiro, Toledo opened up the curtain and revealed that he was going through a difficult phase.

“I have a lot of ups and downs, and the downs are really downs. Really bad. On the down points, it’s really hard to talk to somebody. You just want to be in your own space, doing your things, or just doing nothing, which was my case.”

But Toledo realized it’s not that simple, and he reached out to his coach.

“One day, I started talking with him and talking to my wife, and they took me somewhere, where I was like: ‘wow! it’s actually much harder than I thought to talk about all this kind of stuff.”

“A week before Rio, I was going through a really hard time – a really stressful week. I was about to leave and go home. I didn’t want to do this comp.”

“And then every time I jumped in the water, it was like the energy was filling in. I was getting stronger and better every time. It was like: ‘wow! what’s going on?'”

“As soon as the comp finished, I was like: ‘okay – being in the water, surfing, it definitely changes me and definitely helps me.'” 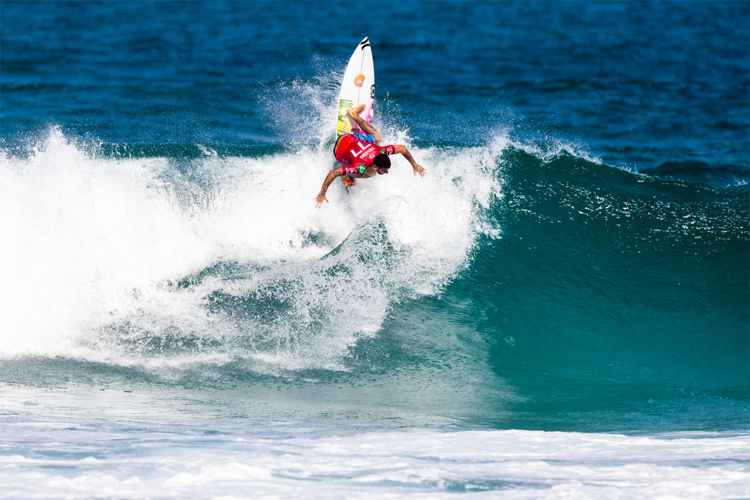 Opening up helped Filipe Toledo, and he now advises others to check on friends and family.

“Ask them: ‘how are you? How are you doing? Are you good? How’s your day going? How’s your life doing?’ Because people on those downs, it’s really hard for them to come up to you and be like: ‘I want to talk to you about something.'”

“The more you talk about it, the more you let people know that whenever they want, they can talk to you.”

“They actually need to feel comfortable. And that’s the way I felt. I felt comfortable to talk about it – and I did – and it’s actually making me feel a lot better.”

Filipe Toledo put his mental health on top of his priorities because he loves what he is doing for himself and for his country.

“It’s amazing to be Brazilian and represent Brazil, especial in surfing. They love being supportive, and I definitely want to make them proud, which is winning events, or making heats and maybe one day winning a gold medal!

The talented 24-year-old surfer dreams of, one day, having “thousands and thousands of people watching me on the top place with the gold medal!”