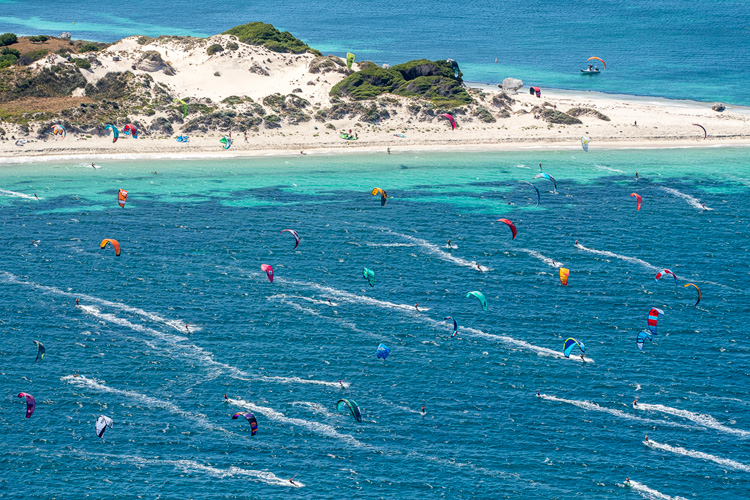 Olly Bridge has won the Red Bull Lighthouse to Leighton for the third time, in Australia.

The British kiteboarder crossed the Indian Ocean from Rottnest Island to Leighton Beach, in Fremantle, in 21 minutes and 8 seconds.

The 10th edition of the kiteboarding race got underway with winds of over 20 knots and choppy waters. The 19-kilometer crossing attracted 138 riders.

The seven-time junior world champion, 22, said it was one of the toughest editions he’s raced in.

“I had never seen so much seaweed on the channel. So, it was all about jumping, getting seaweed off, and trying to go fast as I could and not crash. But at least, it was nice and windy at least,” said Olly Bridge.

Breiana Whitehead was the fastest female kiteboarder. She completed the sailing marathon in 28 minutes and 7 seconds.

The rider from Queensland, 19, was able to win the event with a sore ankle.

“I hurt my ankle about last week, so it’s a bit unstable. Luckily, I still managed to do the race. I’m pretty happy that I was out there. It was heaps of fun,” concluded Whitehead.

“It’s just a completely different race. I had never done one straight reach before as a race. But it was cool to try something new.”