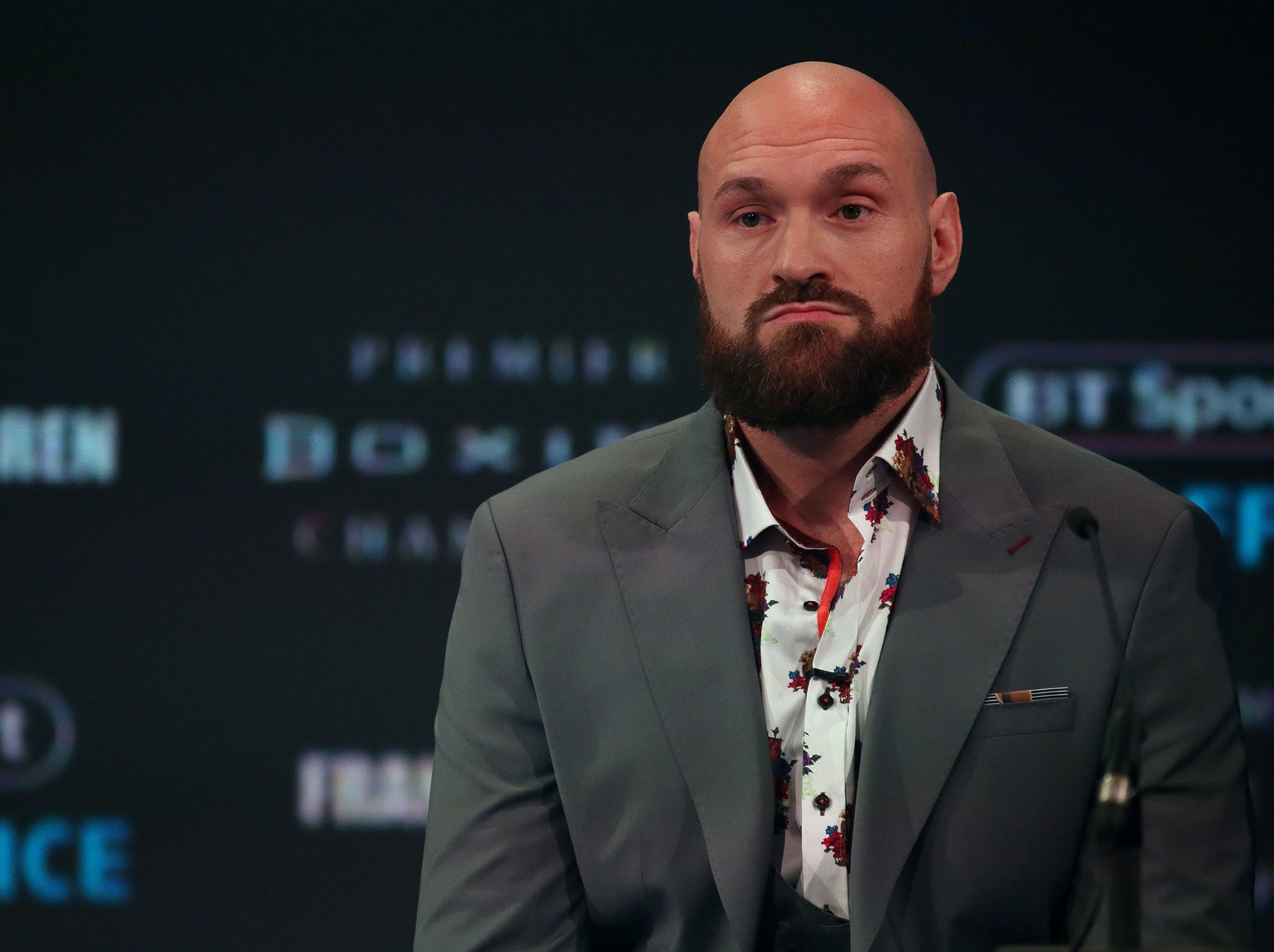 Tyson Fury has a revealed an apparent “private and confidential” email that he received from Eddie Hearn about joining his Matchroom roster in response to the boxing promoter doubting the former world champion’s chances against Deontay Wilder.

Fury, the former WBA, IBF and WBO heavyweight champion, will take on WBC title holder Wilder on 1 December in California in what will be the Manchester boxer’s biggest fight since defeating Wladimir Klitschko in 2015 to claim the three belts.

After more than two years away from the sport to battle mental health issues and drug problems, Fury has fought twice in his attempt to get back into the heavyweight title frame, but while he cruised to victory in both bouts the calibre of opponent and manner of victory has left a lot to be desired.

That is why facing undefeated Wilder will prove a massive step up in Fury’s return, and Hearn, speaking to FightHype, doubted whether Fury should be in such a fight and added that neither boxer is currently on the level of the current WBA, IBF and WBO heavyweight champion Anthony Joshua, who he promotes.

“Wilder against Fury, if it happens, is a really good fight to find out who’s the second best heavyweight in the world,” Hearn said.

“It’s not a fight that people are crying for; the one they’re crying for is Joshua-Wilder and we must make it happen.”

Fury has taken evidently exception to Hearn’s comments, with the two having a fractious relationship at the best of times, and the 30-year-old posted a screengrab of an email alleged to have been sent from Hearn last November discussing the possibility of him promoting Fury on his return to the ring.

“Just something to shut a little tit of a boxing promoter up. Not a bad offer for the worse boxer out there!!!” Fury wrote alongside the email.

“It was a pleasure to sit down with you in Monaco – I’ve been thinking a lot about us working together and I’m very excited. It’s a deal that would blow the boxing world right up.

“Further to our discussions I outline below a 3-fight proposal for you to work promotionally with Matchroom and to box on Sky Sports Box Office:

After posting the image, Fury sent a second tweet that added: “And there’s many more where that came from!!!!!! So best of watching your mouth u tit.”

Hearn has not commented on the tweet and whether he sent the email or not is not known, but Fury decided in April this year to sign a deal with Hearn’s domestic rival, Frank Warren, that ruled out any prospect of the pair working together.