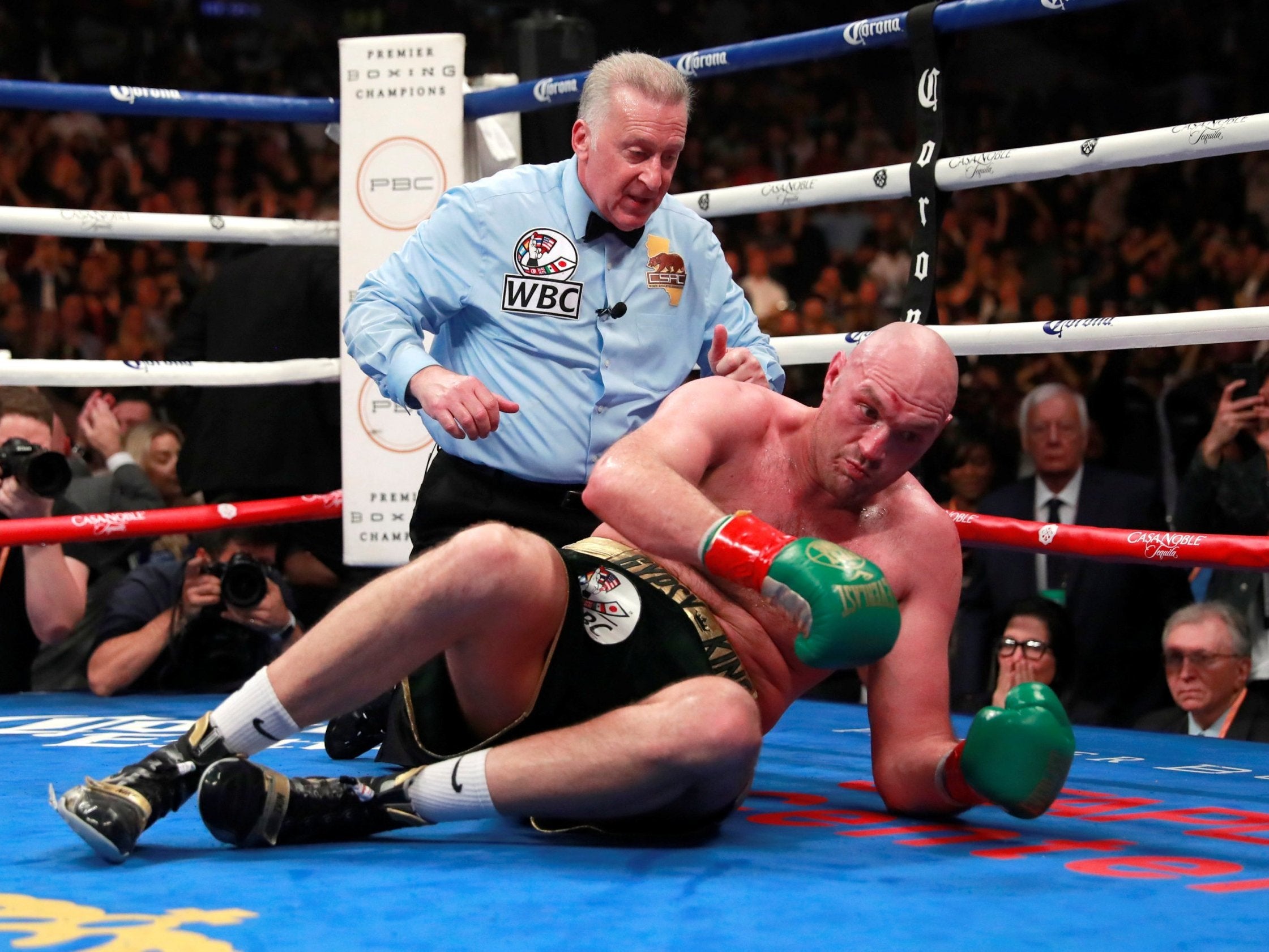 There will be no Anthony Joshua super-fight for a little while, at least. Tyson Fury and Deontay Wilder instead look set for a rematch after their thrilling WBC heavyweight title fight.

The two men did battle as the Staples Center in Los Angeles on Saturday night, after swiftly agreeing to terms earlier this year.

And, unusually, both fighters had rematch clauses added to their contracts in the event of their first professional defeat.

Understandably so soon after the first fight, no details have yet been announced about the mooted rematch but promoter Frank Warren immediately talked up the possibility after the fight.

“I thought he [Tyson Fury] won it by at least three rounds,” he said. “I thought he did it. It was the art of not getting hit. How that judge gave it how he did, I have no idea.

“I didn’t think he was going to get up and when he did, wow. What heart. He was pushing up on him. It was a draw, everyone knew he won it. There’ll be a rematch. Of course there will be.”

It is understood that London football grounds are being considered as the venue for the fight, after the success Anthony Joshua has enjoyed selling out Wembley.

Prior to Saturday night’s fight, Warren admitted that he wanted to help bring Wilder to London for his first fight in the United Kingdom.

“It’s a great fight and if it turns out as I expect I’m sure there’ll be a rematch,” he said earlier this week.

“I would love it to be in London; if it’s a good fight straight into a soccer stadium.

“If Wilder loses he’d have to make a statement. Tyson would fight anywhere; he’s a traveller, he’s done it many times.

“I don’t think Wilder wanted to come to London, that’s why Tyson (travelled).

“Tyson will fight in the UK again.”