Israel Adesanya took aim at middleweight champion Robert Whittaker ahead of his fight for the interim title this weekend.

‘The Last Stylebender’ will be next in line to face Whittaker for the belt if he can find a way past Kelvin Gastelum at UFC 236 this Saturday.

Adesanya, ranked No 5 in the division, is one of the sport’s rising stars and a man may tip to become a household name. 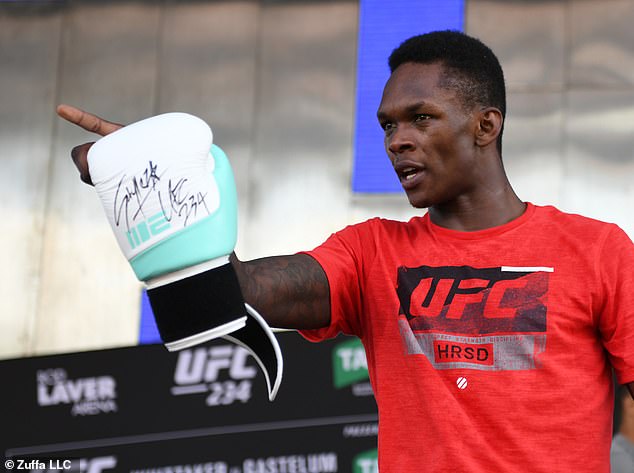 He condemned Whittaker’s inactivity on the Ariel Helwani MMA Show: ‘Dude, the guy has fought twice in three years.

Whittaker was scheduled to fight Gastelum last year but pulled out of the fight at the 11th hour for emergency surgery on an abdominal hernia and twisted and collapsed bowel. 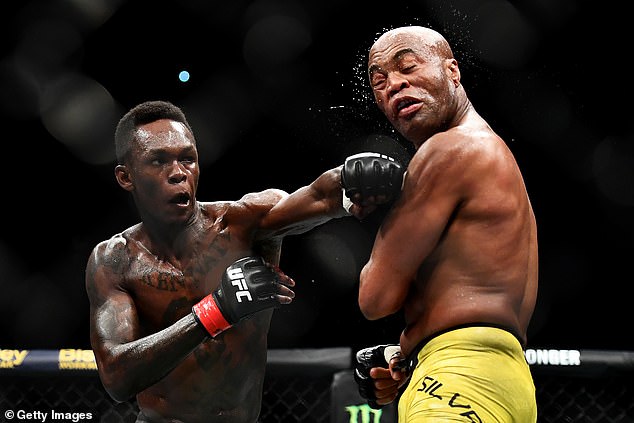 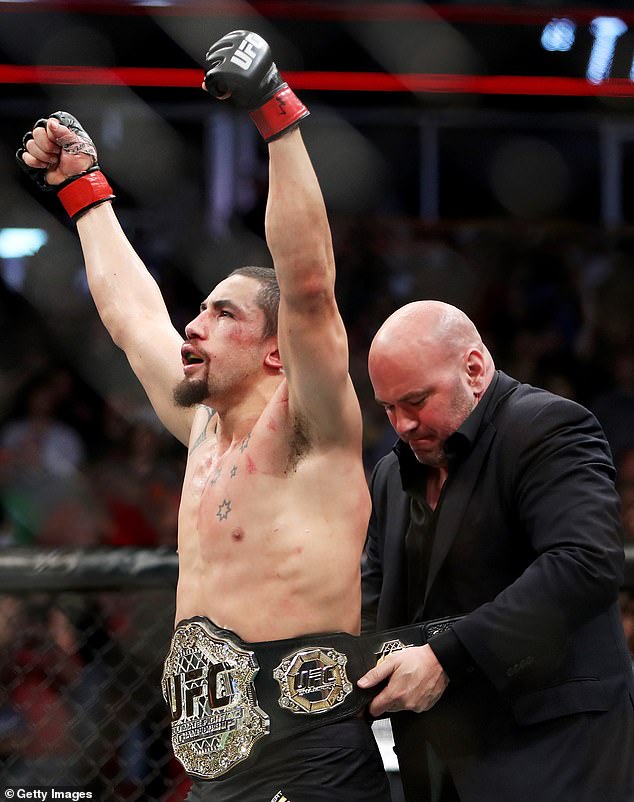 Those the persistent injury problems have led to his lack of fights over the last three years but Adesanya also claimed the champion doesn’t pull his weight in the promotional side of the job.

‘This is part of the game, this is how you become immortal in this game. I am doing my part and that’s all I care about. He can stay over there and do that part.’

Conor McGregor reacts after Stephen A Smith responds to Joe…