Stevenson Has First Interview Since Loss 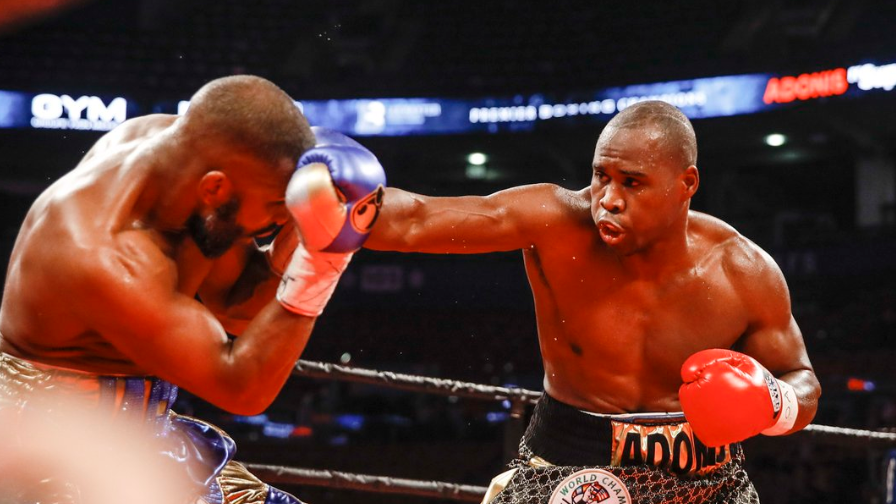 Adonis Stevenson continues his miraculous recovery since suffering a traumatic brain injury and going into a three-week coma, as the former WBC light heavyweight champion took part in his first public interview since the loss.

Stevenson’s injury came after being knocked out in the 11th round of his WBC title defense against Oleksandr Gvozdyk on December 1, a fight that ended his reign of over five years and his first loss since 2010.

Stevenson spent months in a hospital, and doctors feared he would never walk or talk again. Family members worried if he’d spend the rest of his life at a medical facility.

But the 41-year-old has taken doctors by surprise and made a miraculous recovery; he has since been allowed to continue it at home.

“I’m back, Adonis is back!” Stevenson told TVA Sports. “God heard us. When I came home, I said my children’s names and they said ‘Papa, you remember’. You learn to walk, you learn to eat, you learn a pack of business when you’re in a coma. That’s the hardest thing for me. And I learned, it happened really fast.

Stevenson said his fighting days are over because of the injury, but he’s always open to training the next generation of boxers.

“Young people who want to learn to box,” Stevenson said. “I’m here! I am ready for them.”

The full interview, conducted in French, can be found here

Quotes and translations via Boxing Scene