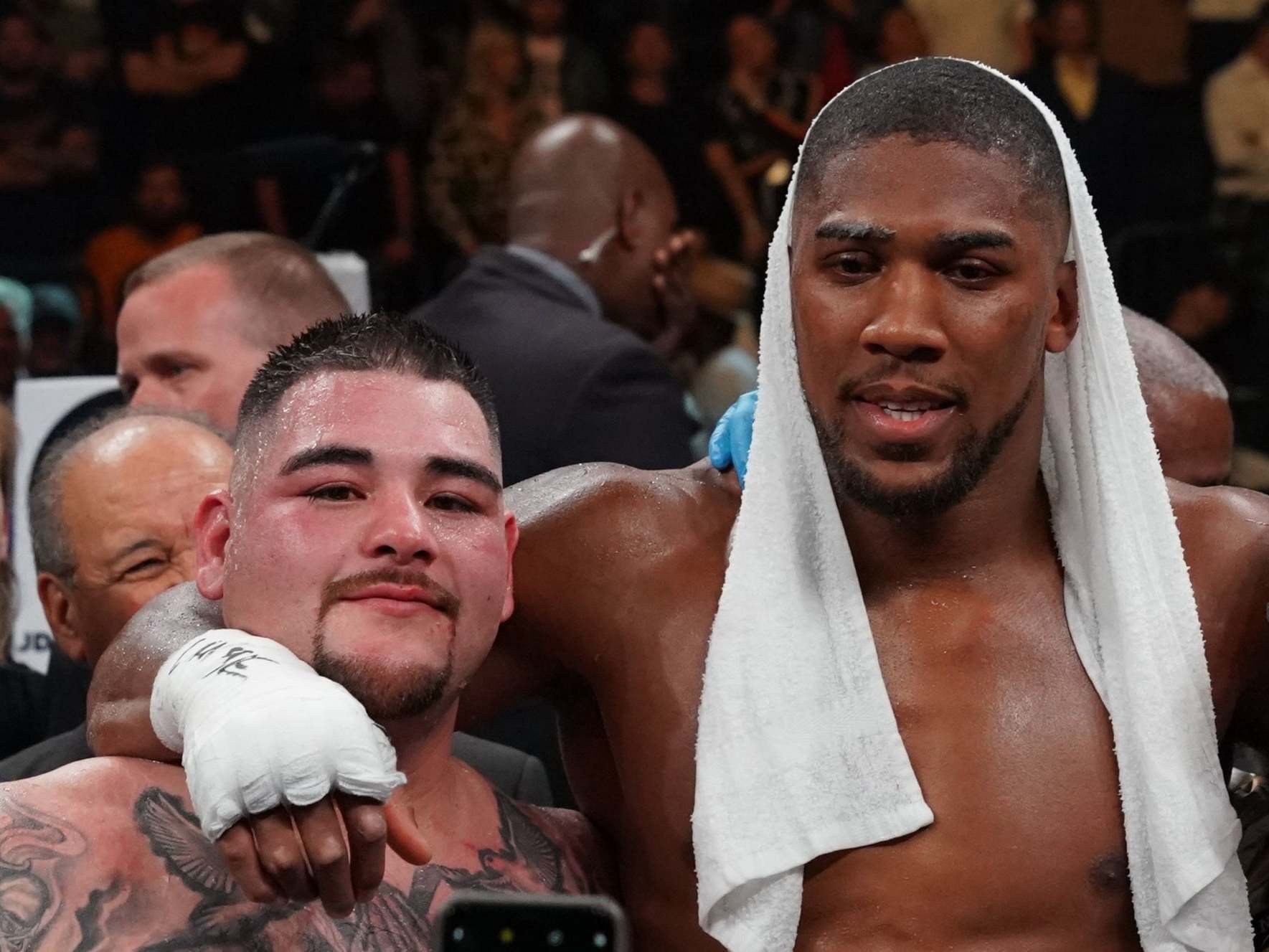 Andy Ruiz Jr insists his rematch with Anthony Joshua will not be in the UK, therefore appearing to confirm the rematch will go back to Madison Square Garden in New York.

Ruiz Jr shocked the world to hand the Brit his first professional loss of his career in June and in doing so became the first Mexican world heavyweight champion in history.

After a tedious couple of months of negotiations following Joshua’s announcement that he intended to pursue the rematch, promoter Eddie Hearn has revealed the main detail has been whether they return to the Big Apple or opt to secure home advantage at the Principality Stadium in Cardiff, where Joshua has boxed twice before.

During an appearance on The Joe Rogan Show, Ruiz Jr openly discussed the use of performance-enhancing drugs and Dillian Whyte’s current battle to clear his name after being accused of failing a UKAD test for a banned substance before his recent win against Oscar Rivas in London.

Ruiz Jr then appeared to reveal by mistake that he will face Joshua back in the United States when pushed on whether the controversy surrounding Whyte gave him concern should he have to travel to the UK for the rematch.

“You know what, somewhat,” Ruiz admitted on The Joe Rogan Show. ”But it’s not going to be over there (in the UK).

Ruiz Jr then admitted a unification fight against compatriot and WBC champion Deontay Wilder holds some interest in the future.

“Wilder? Me and him are on the same team, he’s a really cool dude. We respect each other,” Ruiz Jr said.

“That’d be a good fight too, between me and him, I’d love that.”

While the 29-year-old has revealed he is not going to change a considerable amount in his preparation for the fight.

“The plan was not to lose too much weight, he’s really big,” Ruiz Jr explained. “I wanted to be heavy so I could carry his weight. I might do a little bit more weights to tighten up a little bit.

“But I think we’ll be doing pretty much exactly what we did for the last fight just more intense.”

Jarrell Miller: ‘ No One Is Safe’ In Top Rank