Dana Happy To Be Rid Of Cyborg “Nightmare” 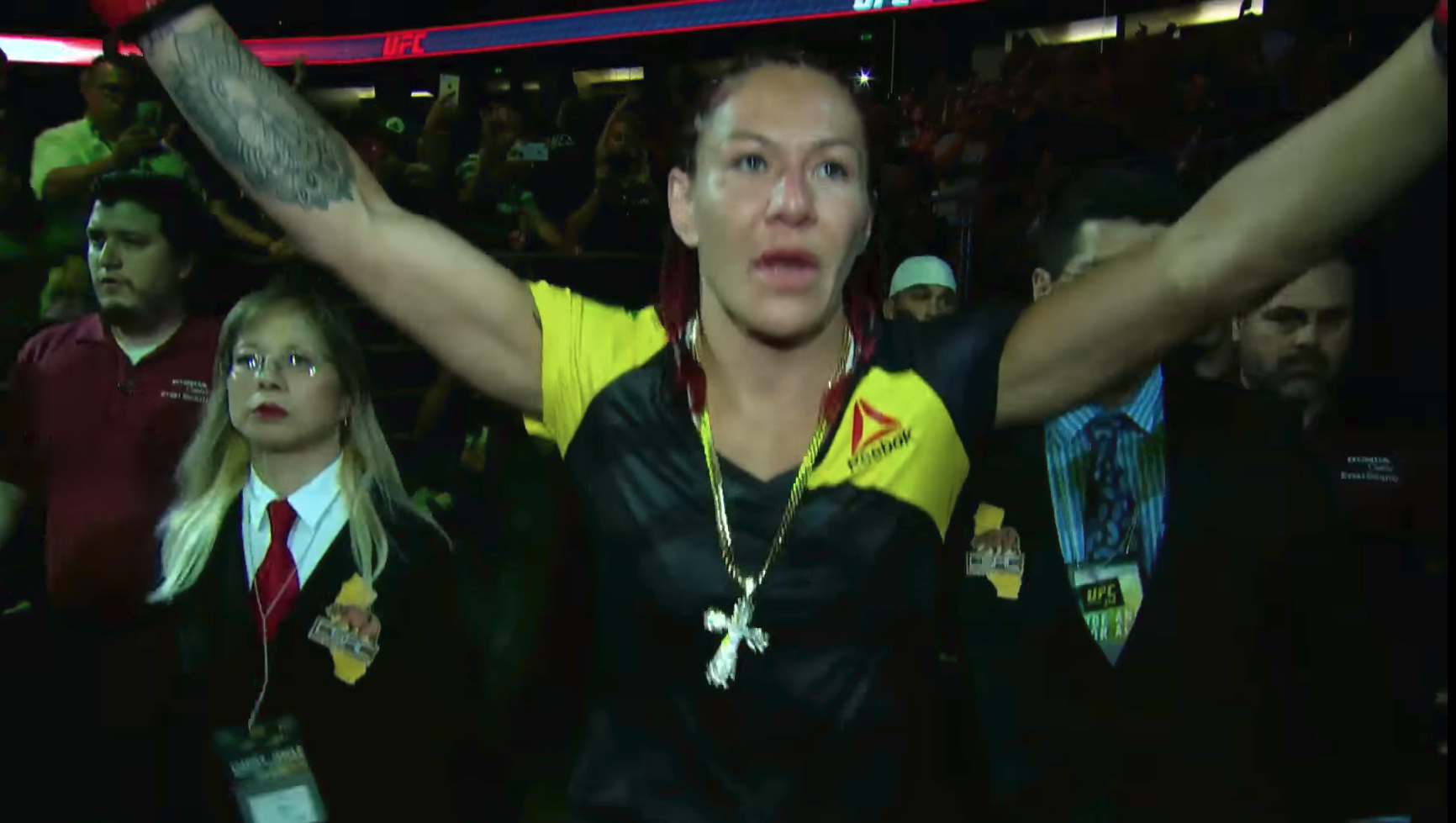 On Tuesday night, Dana White was asked why he released Cris Cyborg earlier than expected, and he was not kind in how he explained it.

“Just a lot of things,” White said in a media scrum. “Dealing with her has been a nightmare the entire time she’s been here, and I said the other day in the interview with Laura, there was a lot of controversy bringing her in in the first place at that time. And when I did the interview with Laura, we really didn’t mention the whole her lying on the video about what I said. Her [air quotes] production team [air quotes] lying about what I said on the video. It’s just been a bad experience dealing with Cyborg from day one.

“We brought her in after she tested positive for steroids and got done with that. We made her a clean athlete with the best drug testing policy in all of sports the entire time she was here. Which, when she talks about her legacy and her [air quotes] brand [air quotes], her legacy and her brand, nothing is better than knowing that she’s a clean athlete after testing positive for steroids and all the negativity that surrounded her about being a dirty athlete.”

“We bring her in here, we do all this stuff, and she was just never happy,” White continued. “Never happy, complaining about everything. She was a nightmare to deal with it and at the end of the day, she knows, I know, Amanda Nunes knows, I tried to make that Nunes fight and she doesn’t want it. She doesn’t want it and she gets mad when I say I don’t blame her – I DON’T BLAME HER! Because if that was Amanda Nunes last Saturday I think everybody can agree what would have happened in that fight.

“So she’s unhappy, we’re unhappy, she lies and does that thing, – see you later, have a nice life.”

“I don’t think there’s any peace between me and Cyborg,” White said of their animosity, which reached a tipping point following UFC 240 when Cyborg’s team doctored a video of a conversation between White and Cyborg. “Whether you like me or don’t like me, whatever your opinion of me doesn’t matter, what she did was dirty. Dirty what she did with the video and meanwhile she’s running around saying she better get an apology from me. Yeah, I got an apology from her because what she did is one of the dirtiest things. It had to kill her to apologize to me but what she did is one of the dirtiest things that you can do to somebody. That’s why she apologized.”

“She doesn’t want to fight Amanda Nunes,” White insisted when asked of what stood in the way of a UFC 232 rematch. “You guys and the fans need to get it into your head that she did everything she could, including doctoring a video lying about what I said, to avoid fighting Amanda Nunes. The fans and the media need to just get it through your heads that all that sh*t was going on – ‘Oh he’s bullying me.’ Bullying you? You’ve been here for five years, what are you talking about? You’re talking about stuff that happened five years ago. It was all a smokescreen to not fight Amanda Nunes. She doesn’t want that fight otherwise we wouldn’t even be having this conversation right now. I’ve had problems over the last 20 years with plenty of fighters, from Tito Ortiz to Mark Hunt to God knows who else, we always made fights. She doesn’t want to fight Amanda Nunes.”

“If I’m lying, she can call tomorrow and we’ll make that fight,” White said. “She will not call tomorrow and that fight will not be made because she does not want to fight Amanda Nunes. She won’t take the fight. SHE WON’T DO A ONE-FIGHT DEAL! SHE WILL NOT FIGHT AMANDA NUNES! SHE WILL NOT FIGHT AMANDA NUNES ON A HALF A FIGHT DEAL! Amanda Nunes will knock her out again in the first round. I know it, you know it, and she knows it and she will not do that fight. Period.”

While Cyborg refuted that she did in-fact want the fight with Nunes and that she was looking for a place that respected her, the former champion’s management team will speak with the UFC on Wednesday.

“Amanda’s gonna defend both titles just like she always did,” White said of his featherweight and bantamweight titleholder.