Diaz To Covington: “Who Are You?” 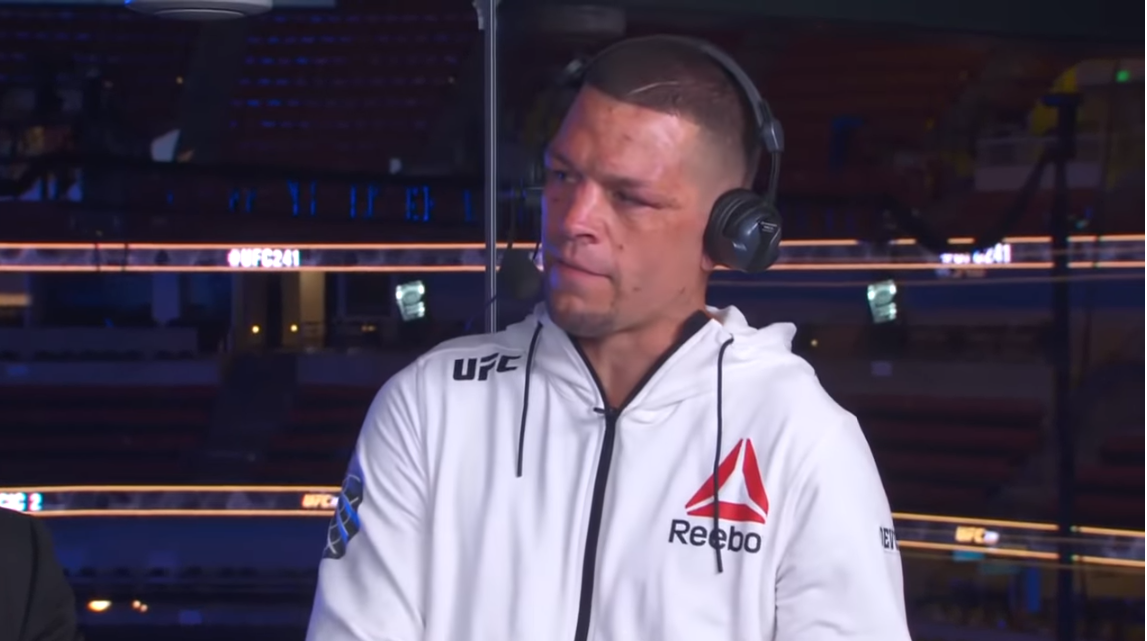 At UFC 241, Nate Diaz returned to the Octagon for the first time in 2016 and showcased why he is a “needle mover” for the UFC, in his decision win over Anthony Pettis.

And while may are “not surprised” at Diaz’ star turn in the co-main event, Diaz had a moment of “what the hell am I doing here” during the fight.

”When you’re in it you’re like ‘What the f**k did I come sign up for this for? I don’t enjoy this at all!’” Diaz said during the UFC 241 post-fight show on ESPN+. “Cause that’s what you guys, you enjoy it right? No, I don’t enjoy it at all. But I do enjoy getting it done, what I’ve been doing for so long.”

”I don’t want to be all full of myself and cocky and s**t but I got way too much money to be having to fight somebody that’s not interesting,” he said. “I’m an entrepreneur, I’ve got all sorts of s**t going on and it’s been good, it’s fun. I like the healthy lifestyle, training for something, getting something done, the feeling of getting the job done in what started in the first place, that’s what I’m into.”

”People who have been around and can still be on top just like I have? It’s like, you’ve got to recognize that and spit it,” when asked who he’d want to fight next, primarily Jorge Masvidal. “And those are the fights I want to see if I’m watching. The realest and the best fighters, the best martial artists fighting each other.

“Not no phony ass s**t with some guy who’s been in the UFC for two years had a couple good fights and is the champ. We’ll see if they’re still champs next year or the year after. Or even around at all. Because I’ve been here before they got here, I’ll be here after they got here [sic], and that’s what I like about Pettis and Masvidal.”

One fighter that is nowhere near Diaz’s list is fellow welterweight Colby Covington, someone who Diaz seemed to not know of.

”Who? Who is he?” he asked of the former interim welterweight champion.

“What weight? I don’t know who that is so if we got somebody good to fight, that’s who I want to fight, that’s what I’m saying. You got to do something. If you’ve been here for two weeks and get a little hype show, I don’t give a s**t.”