Tyson Fury vs Otto Wallin: Fight date, tickets, undercard, where is it, how to watch online and odds 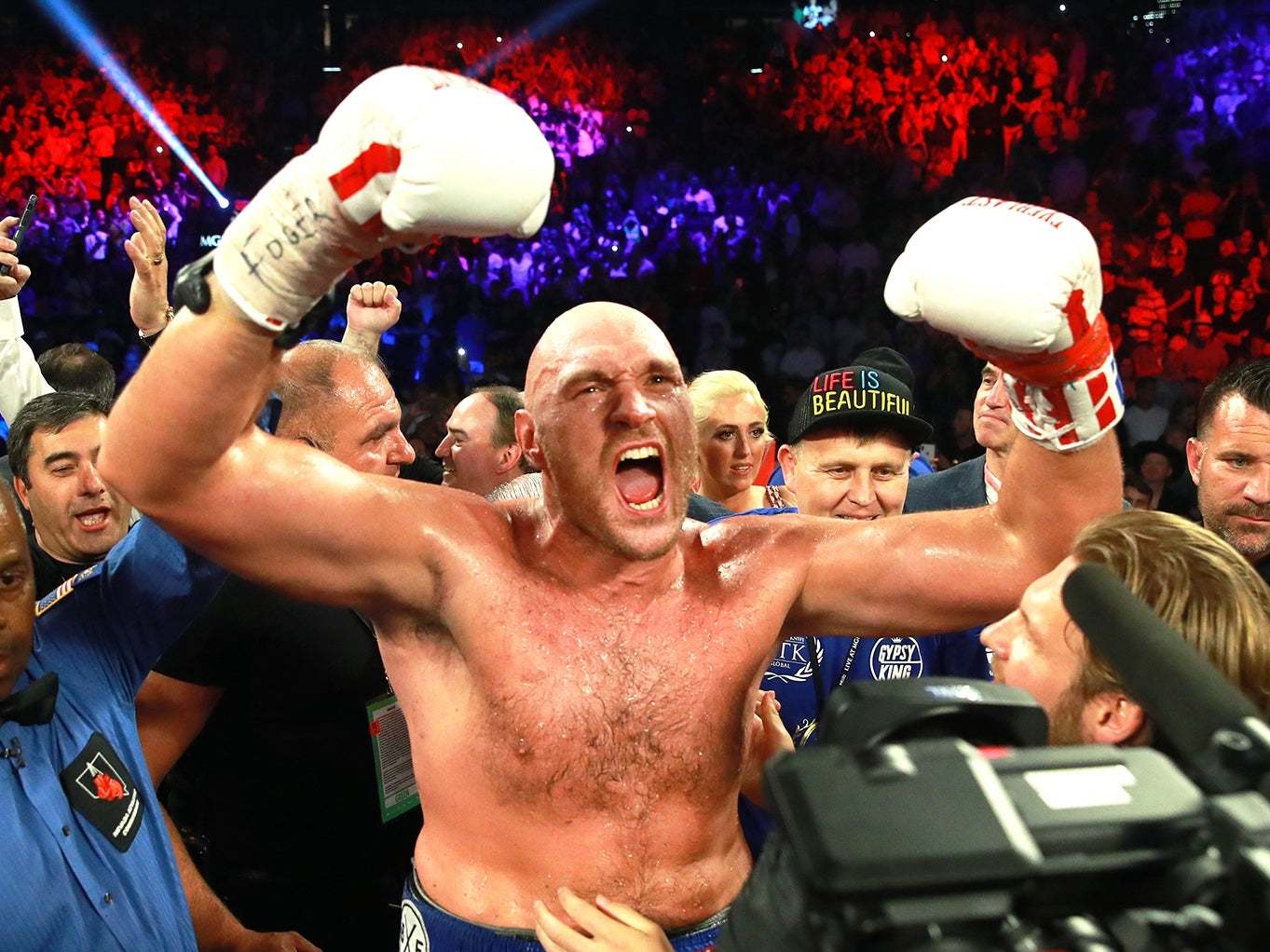 Despite Wallin’s respectable resume and ranking with boxing’s governing bodies, the fight is a risk-averse stepping stone for Fury, who has already agreed to rematch Deontay Wilder for the WBC world heavyweight championship at the beginning of next year.

Fury made an eye-catching Vegas debut in June with a flamboyant win over Tom Schwarz, stopping the German with six seconds remaining of the second round.

Wallin is expected to provide only a slightly greater challenge and has only completed one competitive round in 17 months after his American debut was ruled a no-contest when his opponent, Nick Kisner, suffered a blinding cut in the first round.

Here is everything you need to know about the fight:

When is Fury vs Wallin?

The heavyweight bout will take place on Saturday, 14 September with ring walks expected at approximately 4am on Sunday morning for UK viewers.

Where will the fight take place?

The fight is being staged at the T-Mobile Arena in Las Vegas. The famous arena, which hosted both bouts between Canelo Alvarez and Gennady Golovkin, is expected to be full to its 18,000 seat capacity.

Where will I be able to watch the fight?

The fight is being broadcast live on BT Sports Box Office for UK viewers and will cost £19.95.

All of Fury’s bouts in the US are now exclusively broadcast by ESPN after the heavyweight signed a five-fight deal with the sports network worth around £65m.

How can I get tickets?

Tickets are still available for the fight and can be purchased via axs.com.

Who is Otto Wallin?

The Swedish southpaw enters the bout with a record that is at least impressive on the surface, having won all of his 20 fights with 13 ending before the final bell. However, upon closer examination, the level of those opponents has been extremely limited with only a points victory over unproven domestic rival Adrian Granat worthy of standing out.

Wallin does boast an imposing stature, standing at 6’6” with a 78” reach, however, he will still be the significantly smaller man in the ring.

What have the fighters said?

Fury: “All these guys are bums compared to me. I’m going to prove that time and time again. I’m going to go down in history as the greatest heavyweight of all time.”

“I’m looking to have fun versus Wallin. It’s Mexican Independence weekend, I’m looking to fight like a Mexicano. I knew quite a bit about him because he’s a former European heavyweight champion, and obviously England’s based in Europe. He was a highly experienced amateur. He’s a big guy, he’s young, he’s ambitious.”

Wallin: ”I am fighting probably the best heavyweight out there, at least the best boxer. He is a big guy, uses his size well. He is very skilled and can do a lot of things in there.

“He is tricky and has beaten good fighters but there are some things that people haven’t done to him. I am really confident in myself and my work ethic. I have worked for a long time and dreamed of this moment. Now it is finally here and I have to try and grab it with both hands.”

“I haven’t been at the elite level in fights but I have sparred big names and know I am at their level – Anthony Joshua, Kubrat Pulev, Adam Kownacki, Jarrell Miller, all different guys, and I know I am on this level.”

What are the odds?

What is our prediction?

Despite Wallin’s marketable resume, this fight is little more than a gimme for Fury, who boasts every possible advantage – size, power, technique – over his opponent. With an agreement in place for a money-spinning rematch against Deontay Wilder, there is barely even a faint prospect of an upset.

Wallin has never been tested at elite level and Fury should, in truth, be able to close the show whenever he fancies. A stoppage inside the first six rounds should be expected unless he decides to play to the crowd.