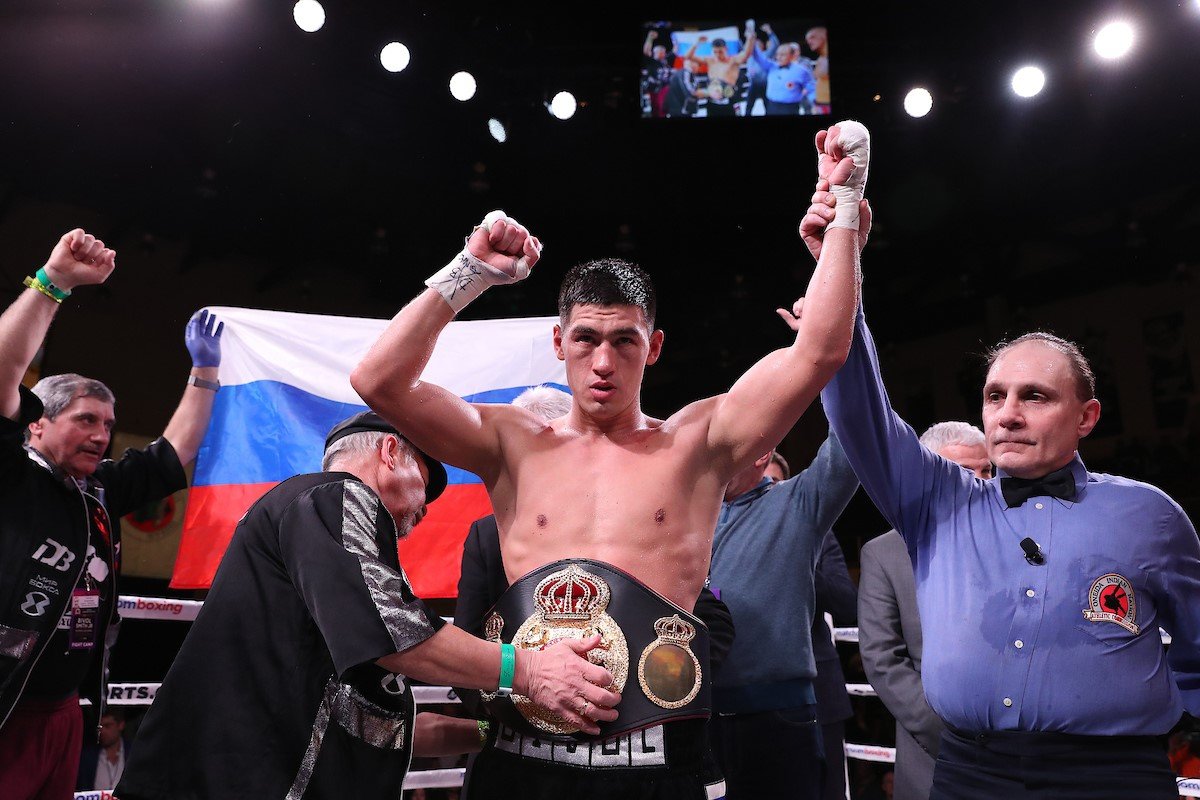 With two weeks remaining until Oleksander Usyk’s debut at heavyweight, WBA light heavyweight champion Dmitry Bivol will defend his title on the same card from the Wintrust Arena in Chicago.

Announced on Thursday, Bivol has been signed to face Lenin Castillo in a featured fight on the DAZN/Sky Sports broadcast on October 12th.

This will mark his sixth title defense in the city of Chicago, and returns to the ring for the first time since retaining his title against Joe Smith Jr. this past March.

The undefeated world champion faces a devastating challenger in Castillo, who has knocked out all but five of his twenty opponents, including his March victory over Reinaldo Gonzalez in his native Dominican Republic.

“I am happy that the fight is done and the opponent is confirmed for October 12,” said Bivol. “Castillo is a good opponent, he fought Marcus Brown before, it was a good fight. I can’t wait and hope that we can make a very exciting performance for the fans!”

“It’s a dream come true!,” Castillo said in a press release. “I consider Dmitriy Bivol in the top 20 on the Pound for Pound list but I know that a have the tools to upset him. I (have) been training very hard. On October 12 you will see the best version of Lenin Castillo. I will take the title to the Dominican Republic!”

“We are looking forward to another great performance by Dmitry on October 12th,” said Bivol’s manager Vadim Kornilov. “Castillo is a tough opponent and it’s another opportunity for Dmitry to build his reputation as one of the most avoided boxers in the division!”