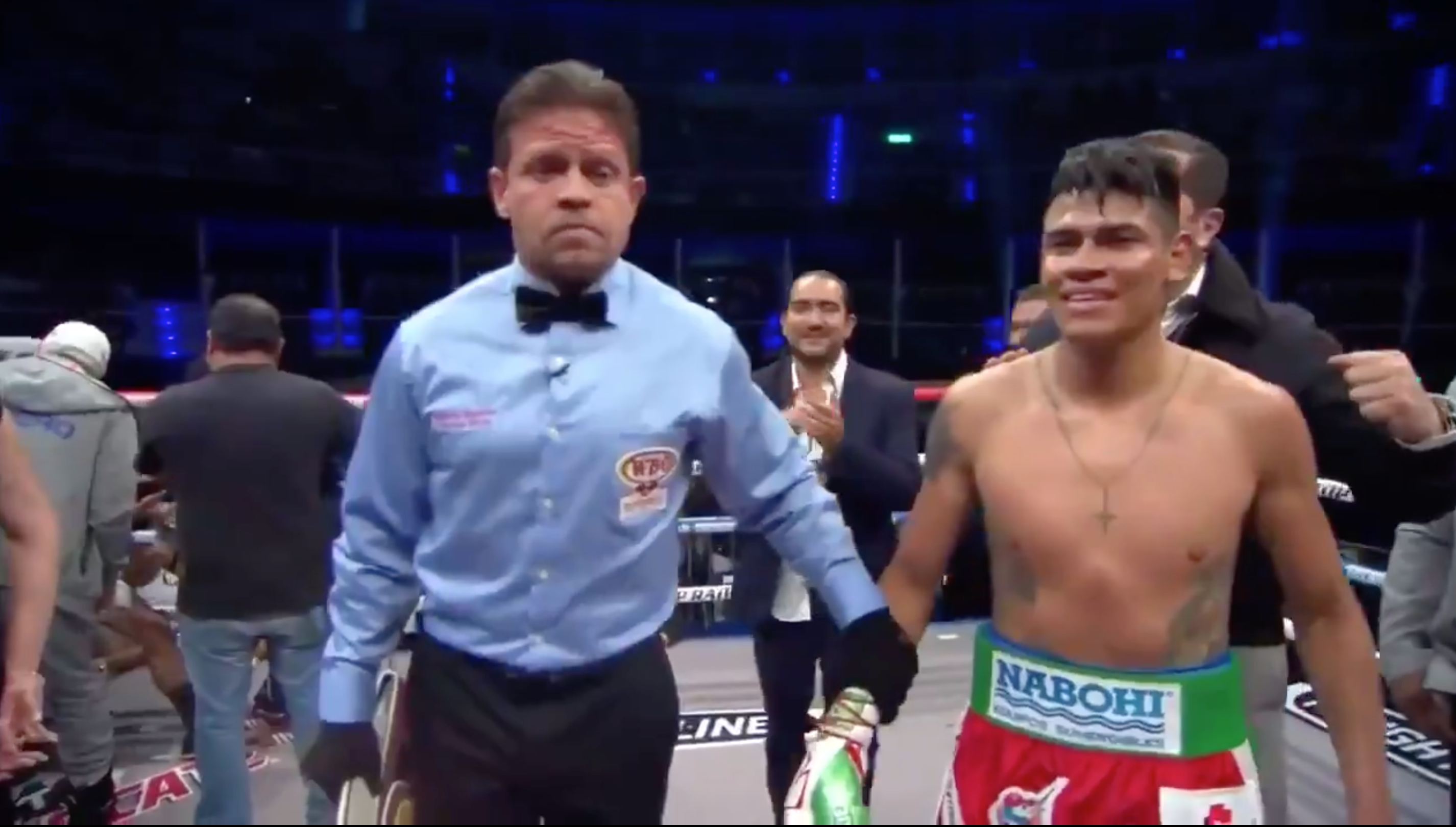 Emanuel Navarrete wrapped up a highly successful 2019 campaign by making a fourth successful defense of the WBO super bantamweight championship — all four being finishes — as he stopped Francisco Horta in four rounds.

How did @vaqueronavarre1 spend day No. 364 as a world champ?

Defending his strap for the 4th time in a dominant performance on home turf, of course. #AndStill 🏆 #NavarreteHorta pic.twitter.com/iAV9VrT5pT

The pair did plenty of the trading in the opening two rounds, with Navarrete the clear controller of the fight. But by the third, Navarrete was beginning to overwhelm his challenger, putting Horta’s back to the ropes multiple times.

Navarrete continued to pressure and hurt Horta in the fourth round, and the referee was eventually forced to step in.

‘If I Feel Froggy I’ll Jump’