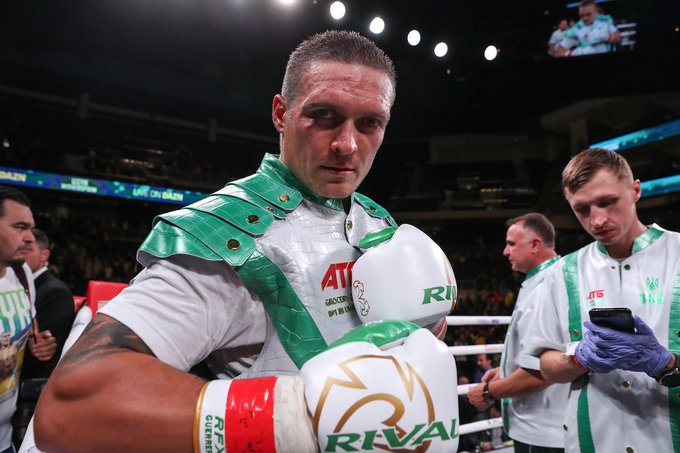 Oleksandr Usyk was in Saudi Arabia when Anthony Joshua regained his unified world heavyweight titles against Andy Ruiz, and now it seems he will go from in the crowd to in the ring against the fellow Olympic gold medalist.

“[T]he WBO has designated the mandatory challenger for the winner,” Alex Krassyuk, Usyk’s longtime promoter pleaded on behalf of his client. “[A]ll we want is for the WBO to send the letter for the winner to fight (Usyk).”

Usyk is now also co-promoted by Eddie Hearn’s Matchroom Boxing, who signed the Ukrainian southpaw last fall and who has also served as the career-long promoter for Joshua.

WBO President Francisco ‘Paco’ Valcárcel, knows that there is the IBF’s mandatory challenger Kubrat Pulev also waiting in the wings for a shot at Joshua.

“We have sent that letter already, we sanctioned the fight on that condition,” noted Valcárcel of a situation where Joshua is stripped of the WBO title if he chooses to fight Pulev next. “However, we cannot force the mandatory (next) because he has two mandatories.

“You know what I recommend to you guys. Everyone agreed to the rematch. You have the right to fight because the WBO mandatory is next. So why don’t you fight in court? Or the other guy can also fight in court and they will send it to the arbiter. You agree on the rematch with the condition. The other guy agreed to the rematch as well. We got an excellent relationship with the IBF. In the interim, consider fighting it in court.”